What To Expect From The Upcoming Bajaj Pulsar 250? 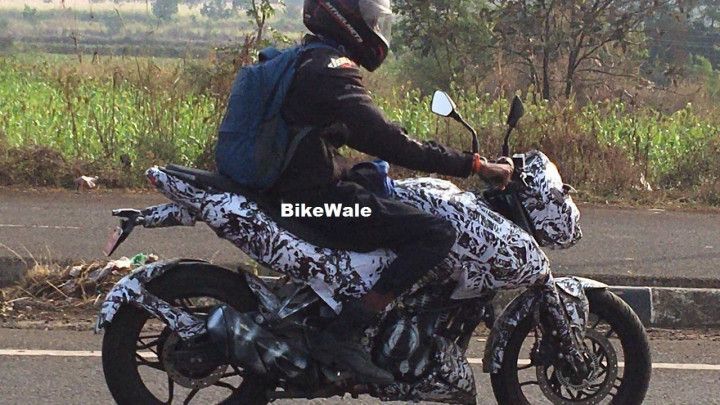 After being around for over a decade, the Pulsar 220 F will soon hand over its title of the ‘Fastest Indian’ to the new Pulsar 250. The bike could hit the streets as early as the end of this year and here’s what it could offer:

An All-new Engine
From our sources we have found out that the Pulsar 220 F’s engine cannot be bored-out further and hence, the brand is working on a completely new mill. Unlike the Bajaj Dominar 250’s engine, this unit will feature air-cooling with an oil-cooler. The performance will see a slight bump, but do not expect it to be as lively as the Bajaj Pulsar NS 200. We also do not expect a slipper clutch or even a six-speed gearbox. The new bike is likely to be similar to the Yamaha FZ 25 (okay, slightly better than that) in terms of performance.

A New Frame
The Pulsar 250 is likely to sport a new frame construction. Going by the spy pics, it seems to be a fusion of the perimeter frame that we have seen on the Pulsar NS 160, NS 200 and RS200 and the double downtube frame. Again we aren’t sure about this and knowing Bajaj and its penchant for cost-cutting, it’s more likely to be a traditional unit.

While the brand will continue to use the traditional telescopic fork, the rear dual shock setup will be replaced by a new monoshock. This update won’t just be restricted to the 250 and eventually will find its way to smaller Pulsars as well. It could be the same unit that we saw on the now discontinued Bajaj Discover 125 ST.

Will Get A Bunch Of New Features
Bajaj might equip the bike with features such as bluetooth connectivity, projector headlight and a digital LCD console. Given the fact that most of its competitors have stepped up their game, Bajaj has a lot of catching-up to do, quite an irony since the Pulsar was known to introduce many segment-first features.

Will Be The Cheapest 250cc Bike On Sale
The 250cc segment has witnessed a lot of action over the past few years and Bajaj’s want to make an impact with value. According to our sources, the Bajaj Pulsar 250 will be the most affordable 250cc bike on sale and that too by quite a margin. At the moment, the Pulsar NS 200 carries a price tag of Rs 1.33 lakh, however, we expect it to increase by a fair margin by the time the Pulsar 250 debuts. The new Pulsar 250 could then be priced around the Rs 1.40 lakh mark. Once launched, the bike will take on the Yamaha FZ-25 which currently retails for Rs 1.53 lakh (ex-showroom).