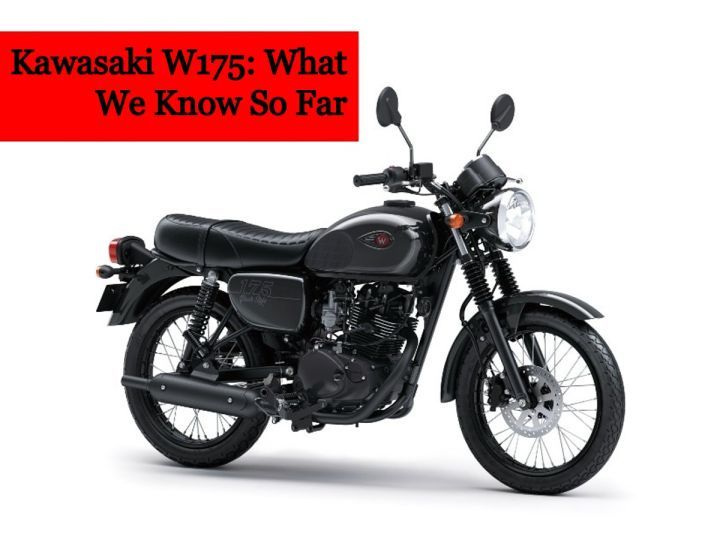 Kawasaki is all set to launch its smallest retro-style roadster, the W175, in India this weekend, and here is everything that we know about this upcoming bike.

While the design language of the India-spec Kawasaki W175 is exactly the same as the international model, it does get different colours here. The old school roadster will be available in an Ebony shade and an India-exclusive Special Edition Red colour scheme.

Powering the W175 is the same 177cc, single-cylinder, air-cooled engine from the Indonesian model that makes 13PS and 13.2Nm and is mated to a five-speed gearbox. What’s different in the India-spec bike is that its engine is fuel-injected, unlike the Indonesian model which is carbureted.

The underpinnings remain the same though including the telescopic fork and dual shock absorbers, with a disc up front and drum at the rear for braking. That said, as per earlier spy shots, the India-spec model will come with single-channel ABS for extra safety.

In terms of pricing, expect the retro-style roadster to bear a price tag of around Rs 1.75 lakh (ex-showroom).  While the price sounds like a lot for what the bike has to offer, it’ll still be Kawasaki’s most affordable bike in India. Once here, it will rival the Yamaha FZ-X. The W175 could also act as a smaller-engined, yet less affordable, rival to the Royal Enfield Bullet 350. 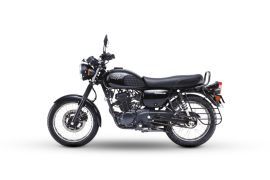 All Comparisons of W175