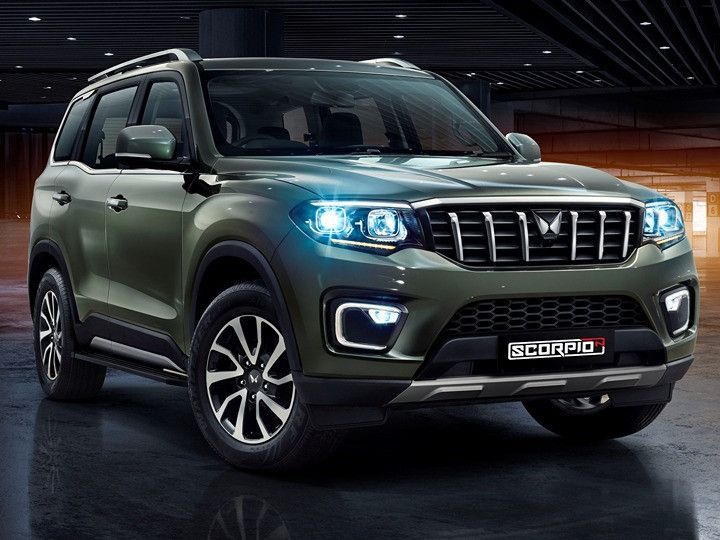 Update: Mahindra has launched the Scorpio N and you can check its prices here.

Series production of the all-new Mahindra Scorpio N is scheduled to commence in June. The third-generation model of the SUV is slated for launch on June 27. The UV maker recently revealed the exterior design and we must admit the Scorpio looks suave and sporty.

Design changes in the Scorpio N are more evolutionary rather than groundbreaking. The familiar slatted grille now has sleek chrome bars, and is flanked by dual beam LED headlamps. It also gets C-shaped DRLs and Audi-like dynamic turn indicators for a premium outlook. In profile, the lines are now more rounded and the SUV rolls on large dual tone alloys. LED tail lamps with sequential turn indicators round off the design.

Inside, the Scorpio N’s dashboard looks more premium with its new black/brown colour theme. Splashes of silver touches around the AC vent not only add a dash of contrast, but injects a bit more opulence. The Scorpio N is likely to be offered either as a 6-seater with captain seats or a 7-seater with bench seats for middle-row occupants.

In terms of features, the new Scorpio N will get new additions like dual zone climate control, a Sony sound system with roof-mounted speakers, wireless phone charger, a single-pane sunroof, and up to six airbags. It will also get an 8-inch touchscreen from the Mahindra XUV700.

The Scorpio N will boast the 2-litre turbo-petrol and 2.2-litre diesel engines found in the Thar and XUV700. We have exclusively got the powertrain figures and the units churn out power figures between the off-roader and midsize SUV. Both engines will get manual and automatic transmissions as well as rear-wheel and four-wheel drive.

The new Scorpio N is expected to be priced from around Rs 10 lakh (ex-showroom) and will go on sale alongside the existing Scorpio, which will be called the Scorpio Classic. It will rival compact SUVs like the Hyundai Creta, Kia Seltos, Skoda Kushaq, VW Taigun, and MG Astor.