Have A Look At The Track-tamer From Team Orange 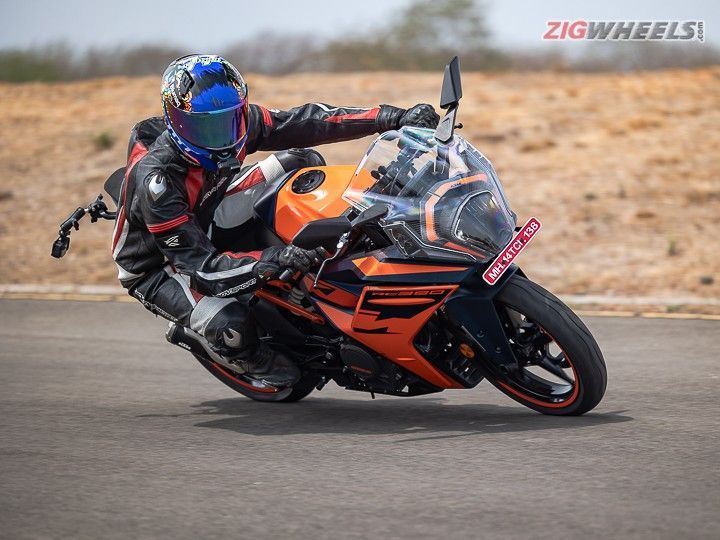 After months of delay, KTM finally launched the highly anticipated 2022 RC 390 at the end of May 2022. We were itching to get our hands on it and we finally got a chance to ride it at the Bajaj test track in Chakan. So here’s our take on the Austrian company’s flagship supersport, through images:

Let’s start by addressing the elephant in the room: the 2022 RC 390’s bulbous front. We agree that aesthetics are subjective, but the bike has a face that is certain to start arguments between those who like it and those who detest it. We think the massive clear windscreen that extends around the headlight simply doesn’t go well with the rest of its design. While KTM claims that the new design is more aerodynamic, you’re unlikely to notice the difference in everyday riding.

Something that left us unimpressed was the new KTM RC 390’s fit and finish levels. The finishing on the heat shield of the exhaust seems amateur and there are inconsistent units to be seen. The weld quality on the frame could’ve been better and the panel gaps on the fuel tank cover are inconsistent.

The most exciting part of the RCs have always been their engines and this one doesn’t disappoint either. KTM engineers have added a larger airbox and revised the exhaust layout, too. On paper, the power remains unchanged at 43.5PS but the peak torque has gone up by 1Nm to 37Nm. But now the engine feels a lot more composed and versatile. The bigger airbox helps it breathe better and has improved mid-range torque delivery. The bike’s engine delivers power from as early as 4000rpm which is a lot earlier when compared to the previous generation which used to wake up only after 6000rpm. From the get-go, you’re welcomed by the eagerness we associate KTMs with.

To match the manic performance, KTM has done away with the previous gen’s dated LCD instrument cluster and loaded the RC 390 with the TFT instrument cluster as seen on the KTM 390 Duke with segment-first features. It boasts of a whole range of electronics like traction control , Quickshifter, lean-angle sensitive ABS with Supermoto mode.

The electronics are well-integrated, as we’ve come to expect from KTM. The cornering traction control and the cornering ABS perform seamlessly and don’t feel intrusive even when you push the bike to its limits. The traction control system also lets the rider push the bike more without getting into trouble. The added safety net also helps in increasing the rider’s confidence.

The RC 390 gets adjustable clip-ons, one that you can lower by 14.5mm for a more aggressive riding posture. The improved ergonomics and lesser unsprung mass go a long way in improving handling capabilities of the new KTM RC 390.

The underpinnings on the latest RC 390 include an open cartridge WP APEX upside-down front fork and a WP APEX rear shock absorber, which offers preload and rebound adjustment. What’s disappointing is the lack of adjustability for the front fork for the Indian-spec bike.

The bike also features an all-new wheel design, a hollow front axle and new ByBre braking system which reduces unsprung weight over the previous generation. The frame, too, has gone under the knife resulting in massive weight savings.

The RC 390 continues its sleek and minimalist theme at the rear. You get an LED taillight and indicators along with a quite neatly looking grab rail.

Unfortunately, the fly in the ointment for the 2022 KTM RC 390 is its price tag. At Rs 3,13,922 (ex-showroom Delhi), it is a stonking Rs 36,287 more expensive than its previous iteration. Despite all the new updates, it’s a little hard to justify the premium. The TVS Apache RR 310 might miss out on some electronic goodies and might offer a little lower performance, but it does offer suspension adjustability and looks a lot better, all of it while being priced at Rs 2,65,000 (ex-showroom Delhi). 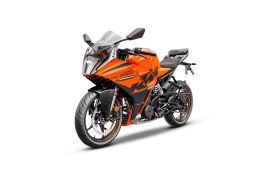