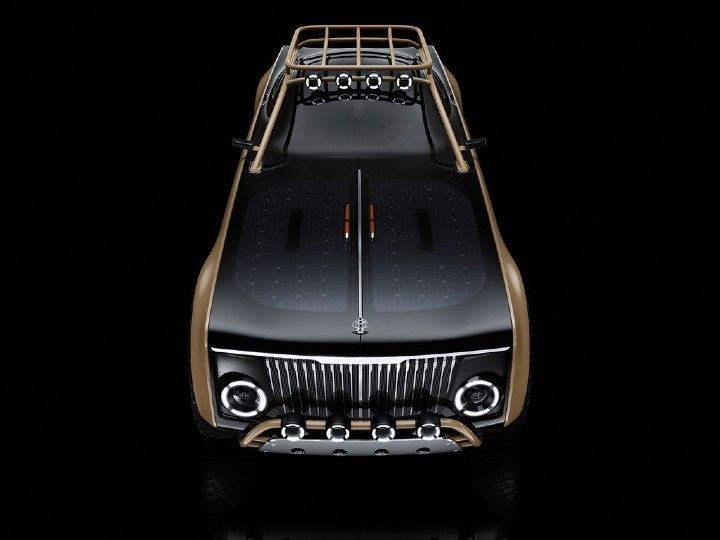 Off-White CEO Virgil Abloh passed away on November 28 this year after battling cancer. But his legacy sure lives on, with Mercedes-Maybach paying a glowing tribute to the late American fashion designer by unveiling the Project Maybach. The quirky-looking two-seat electric off-road coupe concept seems to personify Abloh and his fashion philosophy -- simplistic yet a real head-turner.

Measuring over six metres long, the Project Maybach has a commanding presence, despite its coupe-like silhouette. Much of that long body comes down to the hood, which also doubles up as a range extender with solar cells underneath.

There’s a bit of Rolls-Royce at the front, with the illuminated front grille and the circular LED headlights. The rear is as straightforward as the front, featuring circular LED tail lamps. Offroading-focused elements include chunky tyres, prominent wheel arches, front and rear silver skid plates with brush guards, auxiliary lights on the roof and front bumper, and a roll cage. The dual-tone black and desert beige paint job goes well.

The minimal approach continues inside with less physical buttons and a centrally mounted digital driver’s display. What’s cool is that the entire panel can be flipped, and a massive touchscreen infotainment system pops out. Since it's a Maybach and a two-seater, the seats are large enough and can fold completely flat.

Technical details haven’t been revealed, but we do know that it's an all-electric offering.

Like the Project Geländewagen, the Project Maybach should remain as a one-off concept. This isn’t the only concept Mercedes-Benz is bringing, as the carmaker will be revealing the Vision EQXX concept car on January 3, 2022.