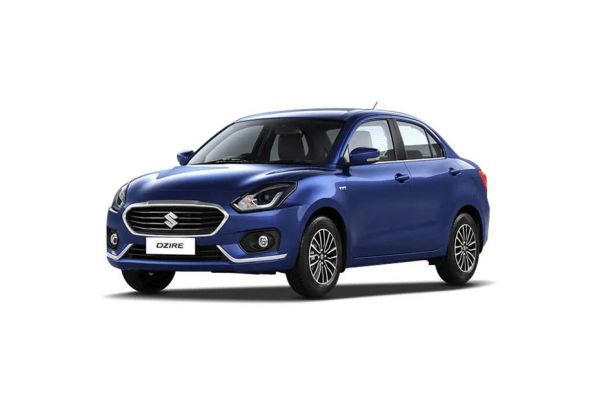 In tune with the government's recent reduction of corporate tax rate, Maruti Suzuki has slashed the prices of all variants of Dzire diesel by Rs 5000.

The Maruti Suzuki Dzire is the first compact sedan to comply with the BS6 emission norms and AIS 145 safety regulations. Only the Dzire 1.2-litre petrol gets the BS6 updates as diesel variants will face the axe post the implementation of the BS6 emission norms in April 2020. Apart from the emission updates, the Dzire also gets additional safety features like driver and co-driver seatbelt warning, a high speed alert and rear parking sensors as standard across all variants to make it compliant with the AIS 145 safety norms. The prices also have been bumped up and the petrol variants are now Rs 15,000 more expensive than before while the diesel variants have received a hike of around Rs 6,000.

Swift Dzire was Top Selling Car in October'19
The Dzire continues to sit on top of the compact sedan sales chart. In the month of May, it found a little over 24,000 homes. That’s more than all of its rivals, including the new Honda Amaze, put together. Not just that, it also holds the distinction of being the highest selling passenger vehicle in the country, overtaking hatchbacks such as the Alto and the Baleno by a comfortable margin. In its latest avatar, the Dzire has got a very sensible and proportioned design. Quality of the interiors has also taken a massive leave and Maruti should be credited for liberating more cabin space inside. In fact, 2017 Dzire is now one of the most spacious cars in its segment. Under the hood, Petrol Dzire is powered by 1.2-liter K-series engine making 83PS/113Nm while the diesel Dzire comes with 1.3-liter DDiS motor putting out 75PS along with 190 Nm of max torque. Both of these engine choices are available with 5-speed manual as well as automated manual transmission (AMT). With price ranging between Rs 5.43 lakh and Rs 9.39 lakh (ex-showroom, Delhi), the Dzire is getting competition from Tata Tigor, Hyundai Xcent, Honda Amaze and Toyota Etios among others.

The Dzire carries forward the 1.2-litre K-Series petrol motor and the 1.3-litre DDiS diesel. While the older Dzire featured an AMT with the diesel while the petrol got a prehistoric torque convertor, the new one gets an AMT paired with both engines. Power figures remain unchanged when compared to the previous generation, with 84PS/114Nm (petrol) and 75PS/190Nm (diesel). The petrol motor is known for its refinement and pep, whereas the diesel engine makes for a great commuter with some extra punch for the highways. We’ve road tested the diesel manual Dzire and it had us gobsmacked with the kind of efficiency it delivered. We’re talking about 19kmpl inside the city and a whopping 28kmpl on the highway. Impressed? We were too! The petrol variant offers an enthusiastic drive and it's efficient too, delivering 15.85kmpl in the city and 20.90kmpl on the highway.

As usual, Maruti will let you pick between a L, V and Z variant. There’s a new Z+ variant added to the mix as well. It offers all the bells-and-whistles you can imagine. Unless your usage is super heavy, we’d recommend you stick to the petrol. It’s the V variant that gives you most bang for buck. If you can stretch, we’d recommend going the whole hog and getting the top-spec Z+ variant.

In its new generation, the Dzire has transformed from being a hatchback with a boot slapped on to a pukka mini sedan. Suzuki engineers developed the compact sedan from the ground up and it shows. The new Dzire is wider by 40mm, while the wheelbase has been bumped up by 20mm. Pair that with a 40mm drop in height, and you’ve got a small sedan with a nice stance. It’s got plenty of modern elements too, including all-LED projector headlamps, 15-inch two-tone alloy wheels and LED taillamps.

It’s the cabin where the maturity of the new Dzire shines through. You will be genuinely amazed at the amount of space a small sedan like the Dzire packs in. It’s a proper family car and can seat five occupants, no questions asked. The boot too, is a tad more accommodating than before at 367-litres. Finished in a beige-black combo, the interiors look premium, and the faux wood inserts do not look cheap either. In terms of equipment, you get a touchscreen audio system with six speakers, automatic climate control and rear AC vents. Safety kit includes dual airbags, anti-lock brakes and ISOFIX child seat mounts - all of which are standard across the range.

The Honda Amaze: The new Amaze is quite a refreshing change for those who can appreciat it's rather polarising sharp features. Its CVT gearboxes, available in both diesel and petrol variants, are best in segment if you're looking for an automatic. It's also received an updated feature list and more room in the second row.

Hyundai Xcent : It’s showing its age now, but that doesn’t take away from the fact that it’s a fantastic all-rounder. It’s comfortable, has great ride quality and is brimmed with features. Only If it had a wider cabin!

Volkswagen Ameo : The middle-child in Volkswagen’s lineup is exactly what you think it is. It’s a Polo with a boot. Pick it only if you need a diesel automatic or a bigger boot. For everything else, the Polo works just fine.

Ford Aspire : The Aspire been updated but only just. It now features a conventional automatic and 6 airbags in the Titanium + variant. If the missing features don’t bother you all that much, the Aspire, especially with a diesel motor, should be all the compact sedan you’ll ever need.

Tata Tigor : Tata’s Tigor is the most hatke of the lot. It mixes quirky, likeable styling with some serious practically. If not for the underwhelming engines, it’d be among the top picks in the segment.

Compact sedans don’t get any more polished than this. A spacious cabin, comfortable ride, feel-good features and a hassle-free ownership experience - the Dzire promises it all!

Dzire vs Xcent vs Tigor vs Aspire vs Ameo: Comparison Review