With the launch of the VXL 150 and the SXL 150, Vespa has reignited the 150cc scooter segment in India. We take them for a spin to find out if they are worth the premium sticker price 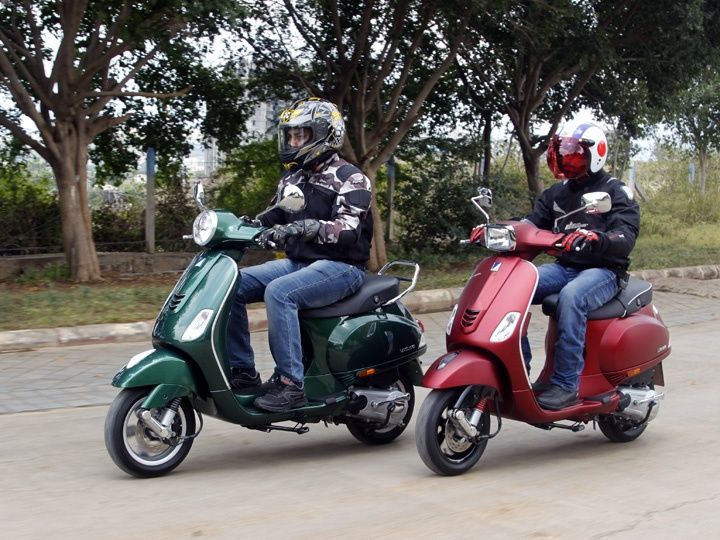 Ever since they have made a comeback to India in 2012, Vespa has tried to do things differently. Despite its premium pricing, they have managed to carve a niche for themselves. And although their sales numbers aren't sky high, they have been absolutely clear about their premium scooter positioning. And while all other two-wheeler manufacturers have been cowering to introduce a scooter displacing more than 125cc, Vespa has once again ventured into unknown waters. Will the Vespa VXL 150 and the SXL 150 create a stir, larger than the one created by its 125cc range.

In terms of design, the Vespa VXL 150 and the SXL 150 both look very familiar. Up front the SXL has the square headlight with chrome surrounds that syncs well with the chrome mirrors and the brake levers. The VXL on the other hand gets the round headlight. The VXL gets sliver 5-spoke alloy wheels while the SXL variant gets black ones. Overall the design looks identical to the rest of the Veapa range, but since it's a good design that stays true to the brand’s DNA, we have little to complain about.

We really liked the new oyster shaped semi-digital instrumentation though. It gets a digital display for fuel gauge and odometer. The speedometer though continues to be analog. The quality of switch gear on the Vespa has never been exceptional, especially for a premium scooter offering. These two models too retain the same switch gear that we have seen on all the Vespa models so far. Other features include, disc brake up front and useful storage compartment under the ignition. The new Vespas run on wide 11-inch dia front wheels and 10-inch ones at the back.

While changes in design and features are limited, the Vespa VXL 150 and the SXL 150 get an all new heart. With these two scooters, Vespa has tried to step things up a notch and revive the 150cc scooter segment. Making 11.6PS of power and 11.5Nm of peak torque, the Vespa VXL and the SXL are the most powerful scooters on sale in India. All the power is transmitted to the rear wheels via a CVT box.

Figures aside, the 150cc twins feel peppy and energetic off the line, but don't expect it to blaze the tarmac. So, it's more powerful than its 125cc sibling, but the difference in power is marginal. Twist the wrist and both these 150cc Vespa offerings lunge forward without much effort. It feels vibe-free and will be amply comfortable for your daily city runs and occasional highway hauls. However, the engine does get a bit noise as you gain speeds.

For the 150cc offerings, the Vespa hasn’t revealed the ARAI fuel efficiency yet, but we expect it will clams lightly more than the Honda Activa, around 62kmpl. Which in real world conditions would return close to 40-45kmpl.

Both these Vespas share their underpinnings with the rest of the model range. That means, these too get a monocoque steel chassis that helps achieve good dynamics. The scooter feels light and nimble which makes it extremely easy to cut through traffic and tiny by lanes.

For a scooter that has the power to brag and boasts of respectable handling, braking has to be equally proficient. In the Vespa VXL and SXL 150, the front disc brake feels woody, but there is enough bite when applied harder. While the wider types ensure that it remains stable even under heavy braking.

The Vespa VXL and the SXL continue to employ a single side arm front suspension up front and a hydraulic shock absorber at the back. The setup does make the ride firm and not the most comfortable over rough and broken roads. Yes the wider 110/70 11-inch rubber up front and the 120/70 10-inch soft compound  tyres at the back offer good grip, but we would have preferred telescopic suspension up front.

Vespa has always demanded a premium for all the scooters it has on sale. And when you have the only two 150cc scooter offerings in the country, the premium-ness sure goes up another step. The VXL 150 and the SXL 150 have been priced at Rs 84,641 and Rs 88,696 (ex-showroom Mumbai), making it the most expensive production scooters in the country. At close to Rs 1 lakh on-road price point, things could get difficult for the Vespa as it comes extremely close to some of the premium 150cc motorcycle offerings in the country. Being the only 150cc scooters on sale currently in India, the stylish Vespa VXL and SXL makes a viable buying option but with quite a premium price tag. 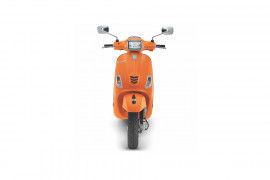 All Comparisons of SXL 150 BS6