Is this the most VFM touring jacket you can buy in India? Read on to find out. 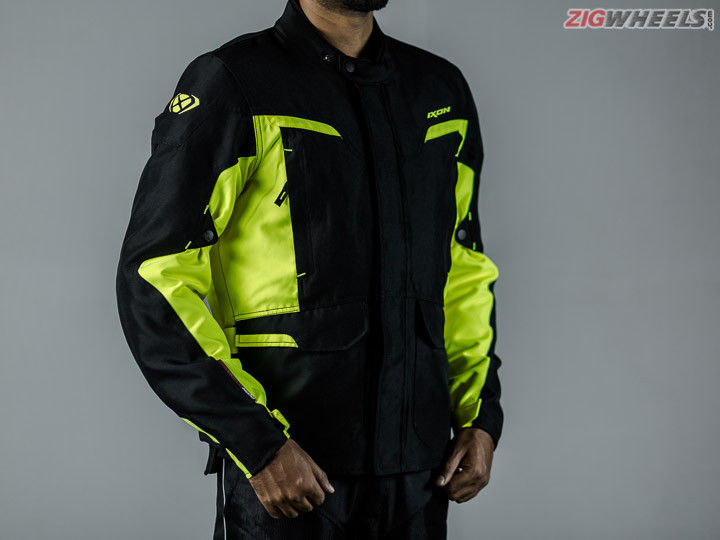 The touring jacket is my favourite kind of motorcycle jacket. Actually, it’s the Peter Fonda-style leather jacket that tops my list. However, going by how expensive those are, I’ll probably never end up owning one, apart from the small inconvenience of most cows just not being large enough to make for a jacket that fits me. Anyway, I even commute with a touring jacket for two of the three seasons in the year, and that’s simply because they’re so handy. There’s enough pockets in there to make an SAS soldier envious, and they’re all ridiculously durable. Sure, one does end up raising a stink on the hotter days, but it’s nothing deodorant can’t fix - or so I believe. So, when the news of a Rs 13,000 Ixon Touring jacket being discovered in the office gear locker reached me, I knew I had to step up to the task.

What is it?
A touring jacket, duh! Alright, so this one’s from Ixon, the French brand that has gained massive TV exposure thanks to one Johann Zarco in recent years. Given its relatively (compared to other European brands, that is) conservative price tag, you should know it’s not Ixon’s range-topper (that would be the Crosstour HP) but is, in fact, its entry-level touring jacket. That explains why, in design and equipment, it’s nothing you would call over-the-top, and that’s mostly a nice thing.

Looks good?
You tell me. The Performance Racing Store in India will sell you the Summit 2 only in this black/bright yellow combination, although there is an all-black and a black with red highlights featured on Ixon’s official website. The dual-tone one, a lot of it hi-viz, we have on test works perfectly for me. While you’d be hard pressed to tell design differences between the Summit 2 and, say, the Rynox Stealth Evo 3 (only a grand cheaper), the Ixon’s strengths are in its nuances. While it’s not substantially better, there is a tinge of premiumness to its materials that justify the extra dough it demands.

The fit
For a 104kg, 6 footer with a size 38 waist, an XL-sized jacket fits only too comfortably. Now, because my bias towards touring jackets does not border on dementia, I obviously took off the two (winter and rain) layers and I suppose I can definitely add one layer (if not both) when the need arises. The sleeves and cuffs fit perfectly; no zipper on the cuffs, just an elaborate Velcro system. There’s also a Velcro waist strap and a buttoned waist adjuster, as well as a stud-press one for the biceps which can give you a snugger fit if you so please.

As for the safety equipment, it gets CE Level 2 armour for the elbows and shoulders although the back protector is quite insubstantial and needs an upgrade to do some serious, well, back protecting.

Comfort and Convenience
Of all its qualities, I particularly grew to like the Summit 2’s lightness, which made it alright to spend a week’s worth of 12-hour off-road shooting days (read a bit of riding and a lot of waiting while in gear) in. Equally impressive is its army of pockets: four on the inside, four on the outside and a waterproof wallet pocket - helpful if you are a hoarder like I am. What left me slightly unimpressed was my inability to connect my Rynox riding pants to the jacket, although Ixon says the zipper is compatible with its own brand of riding pants. While I’ve only had the chance to do one sort of extreme weather testing (hot!), on one particularly nippy morning, I found myself comfortably cocooned in the Summit 2 while my colleagues froze themselves silly in their mesh gear. However, the lack of any vents whatsoever is bound to become bothersome in peak summer. A colleague also pointed out that inner mesh liner felt a bit rough, but I genuinely wasn’t bothered by it (is that what they mean by ‘thick-skinned’?).

Is it a VFM jacket?
You bet it is. I’m a big Rynox fan, having used nearly every bit of equipment they’ve ever produced, but the Ixon does have that air of sophistication to it, which will make you want to draw out an extra Rs 1000 note (Oh, wait! Aren’t those banned?) for it. I also suspect it’s lighter than its equivalent Indian jacket but that’s a claim you shouldn’t believe until we’ve verified it. Anyone calling for the Stealth Evo 3 next?