For all its space age tech, does BMW’s flagship still deliver driving pleasure? 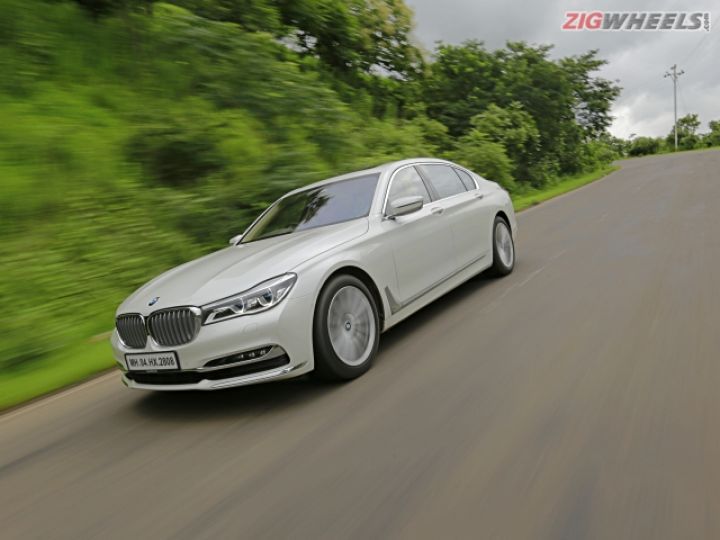 Of course, it is luxurious. A few days driving this four-wheeled luxury lounge also let us explore the 740Li’s tech package which is something out of a sci-fi movie. But at this price, its rivals aren’t exactly from the stone-age either. So the important question remains - Is the petrol 7 Series a luxury limo that still feels like a BMW should?

The 7 Series petrol packs some sweet angst under the bonnet. Propelling this near 2-tonne luxo-barge is an inline, 6-cylinder, twin-turbocharged petrol engine that makes… me happy!

Even the slightest throttle input is enough to see you breaking speed limits but the acceleration isn’t violent. Instinctively, you know the 740Li is game for some fun. Hard down on the A-pedal, it’s still a graceful affair as you sprint to 100kmph in just 6.11 seconds. Mind you, this is in Sport mode where the 8-speed automatic gearbox offers the sharpest shifts and the engine growls its way to almost 7,000 revs!

What’s also appreciable is how the grunt is spread through the rev range. Half way past the tacho, the 3.0-litre heart still has oodles of power in reserve for seriously quick overtakes. Makes me wonder what kind of maniac drove this and felt the need for the M760Li.

So is it only a straight line aristocrat? Well, expecting this 5.2 metre long limo to be good through corners is like expecting the Titanic to slalom and avoid an obstacle (too soon?). But if the Titanic had this car’s handling, DiCaprio would have one less claim to fame. Pointing the 7 around is more speedboat than luxury liner.

It may not be chatty, but it is communicative enough and properly game to do your bidding. You will want to spend time in the driver’s seat as the 7 feels surprisingly tidy and willing. Sure, it’s not as nimble as the 3 and the air suspension can’t counter the body-roll entirely, but taking hairpins at 80kmph+ is something you can enjoy without making any deals with God. Unless your God happens to talk corner speeds.

You will also love how smooth this engine feels and sounds. My laptop vibrates more when you give it a CD than this thing does at startup. And then, there’s the exhaust note. The characteristic 6-cylinder raspiness remains, so don’t feel guilty if you find yourself revving at a standstill to hear that smile inducing turbo snort.

Once you’re done threatening your employment status and Sethji orders you go easy, it turns into another animal. Set the BMW Drive Experience Control to Comfort and the ride quality is unbelievably cushy. Almost makes you forgive the municipality’s most heinous of complacencies.

She’s also an equally calm drive in the city. Irrespective of the drive mode chosen (including Sport), throttle response is creamy and linear. For the most part, leaving it in Adaptive works best.

The powertrain, steering, and suspension compute the drive conditions and respond in milliseconds. But chauffeur driven owners should use Eco Pro in the city. Efficiency benefits aside, the power delivery is the smoothest, albeit a little lazy in this mode, while gear changes are imperceptible.

You don’t just need an attentive driver to keep this plus-sizer safe from bruises in traffic, you need him to be sharp as a tack just to avoid falling asleep. The cabin insulation, smooth drive and impeccable ride make every road feel like hummus.

Of course, if you’re seen driving this car, people will wonder where your hat and gloves are. Low as the car sits, the rear seat is fairly arthritis-friendly. The seats are made of the finest clouds and leather, and have more functions than your secretary. Every adjustment option is motorised and the seats don’t just have vents, but massagers too.

Legroom isn’t ridiculously excessive, but there is plenty and if you fancy a stretch, use the ‘Gentleman Function’, which flips the front passenger’s seat down and out pops the footrest. And that’s just the beginning of the...

This bit is highlighted by the rear Samsung touchpad that gives you the equivalent of God mode in a game. It controls all the rear seat functions, every sunblind including the football field-sized sunroofs, the rear two zones of the 4 zone climate control, ambient lighting and even the integrated fragrances!

You can even browse the web or manage the entertainment system with it but the one thing you can’t do is use the gesture control.

Yes, the gesture control. The driver gets to twirl his fingers to control the audio levels, or flick his hand about to accept or reject calls. It works perfectly for the driver but the rear seat passenger is too far away from the 10.25-inch infotainment screen to do so. A travesty, I know, but the good news is the novelties continue on the outside as well.

Ahh, yes. The BMW Display Key. Like me, it’s laggy and a bit oversized, and the biggest draw, of course, is the remote parking feature. Handy while parking into tight spaces and a cool party trick but not as quick as your chauffeur.

The BMW 740Li is loaded with equipment that you don’t really need but will quickly start wanting. I now hit the dipper expecting laser lights to mark every road imperfection ahead or instinctively use gestures to control the volume. Neither work in my little hatchback so all I get is looks of ridicule from the family. What matters, in the end, is that the BMW essence has been retained. It can be both, the car with a driver and a driver’s car. Much like my ego after returning the 7 Series, BMW hasn’t forgotten its roots.

Recommended read:
- BMW i Vision Dynamics Is The Electric Bimmer Of The Near Future
- New BMW M5 Is The Quickest M Ever

Recommended Variant : 7 Series 730Ld Design Pure Excellence
Was this article helpful Yes No
Sorry about that