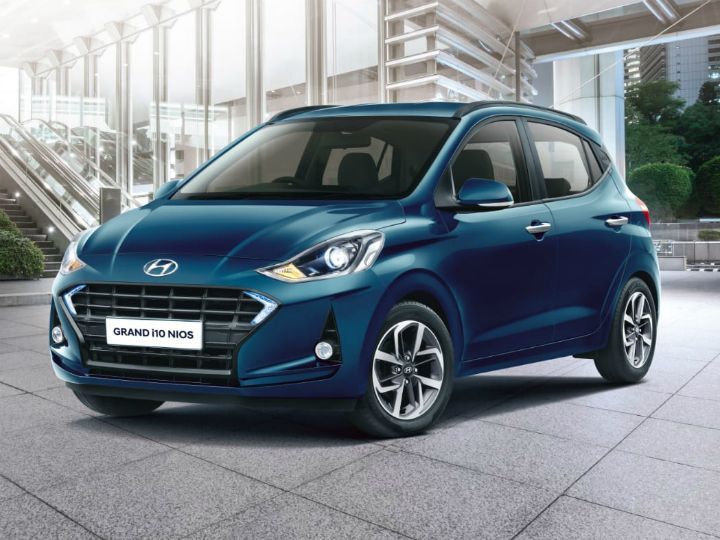 Hyundai has launched the Grand i10 Nios in India with prices ranging from Rs 4.99 lakh to Rs 7.99 lakh (ex-showroom, Delhi). Hyundai has kept the pricing of the Nios very competitive and almost at par with the Grand i10 ( Rs 4.97 lakh - 7.62 lakh). The Nios comes with a novel design, new interiors and a whole slew of kit. The hatchback is available with two engines across a total of 10 variants in 8 colour options. Hyundai will continue to sell the current Grand i10 alongside the Nios.

Coming to the powertrain options, the diesel is a 1.2-litre CRDi engine (75PS and 190Nm) that is available in three variants -- Magna, Sportz, and Asta. The entry-level Magna and the top-end Asta are only available with a 5-speed manual while the mid-spec Sportz only gets the 5-speed AMT. Hyundai is also claiming a fuel economy figure of 26.2 kmpl for both the AMT and the manual.

The BS6-compliant 1.2-litre petrol engine produces 83PS and 114Nm and is available in seven variants. As with the diesel, the AMT has been omitted from the range-topping Asta variant. The Sportz and the Magna variants, meanwhile, can be opted with either the 5-speed manual or the AMT. Fuel economy figures calimed by Hyundai are 20.7kmpl for the manual and 20.5kmpl for the AMT.

Based on a heavily modified version of the same platform as Grand i10, the Nios is a step-up from the Grand i10 in terms of dimensions as it is longer, wider and also comes with a larger wheelbase. Eventhough being bigger, it is actually lighter than the Grand i10 by around 30-40kg. Meanwhile, the competition is still ahead of the Grand i10 Nios when it comes to footprint. Boot space for the Nios is rated at 260 litres while it comes with a fuel tank capacity of 37 litres.

Some impressive features include automatic climate control, 8-inch infotainment system with Apple CarPlay and Android Auto connectivity, rear ac vents and wireless charging. The hatchback also comes with an Arkamys sound system and a 5.0-inch digital cluster with MID. Safety features on offer include dual front airbags, ABS with EBD, rear parking camera and sensors and more. The dual-tone interior looks rich, imparting a premium feel to the cabin which borrows various parts from other Hyundais, like the steering wheel from the Venue.

In comparison to the Grand i10, the Nios gets  a wider cascading grille with boomerang-shaped LED DRLs positioned on either sides. Other changes include projector headlamps, new bumpers, new set of 15-inch diamond-cut alloy wheels, redesigned hood, revised taillamps and rear-end. The now ubiquitous tall-boy styling is still retained and the Nios is actually a more proportionate looking hatchback than its predecessor. The side profile, though, looks similar to the current Grand i10 while the rear end now features various differentiating design elements.

Polar White, Typhoon Silver, Titan Grey, Fiery Red, Alpha Blue and Aqua Teal are the standard colours on offer. There are also two dual-tone shades: Polar White/Black and Aqua Teal/Black. Hyundai is also offering a variable basic warranty with the option of 3 years/1 lakh km or 4 years/50,000 km or  5 years/40,000 km. The Grand i10 Nios, as expected, carries a premium over the current Grand i10, which is priced from Rs 4.97 lakh - 7.62 lakh (ex-showroom, Delhi). It will take on the likes of the Maruti Suzuki Swift and the Ford Figo.