How does Maruti make up for the loss of a diesel engine? 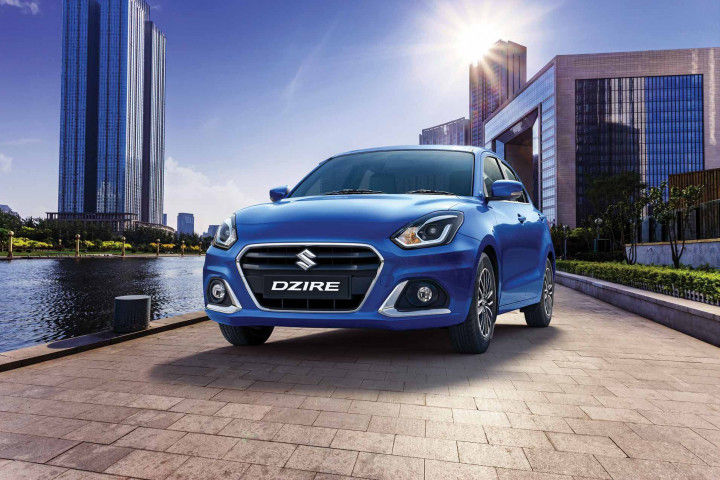 Maruti Suzuki has given the 2020 Dzire sub-4m sedan a facelift and a more fuel-efficient and powerful BS6 petrol engine. It was launched in India recently and is available in four trim levels. Along with the new engine, the Dzire gets subtle cosmetic updates and some interesting new features. It’s about Rs 6,000 to Rs 16,000 more expensive than before, but Maruti’s sedan is equipped with new features which make it feel more premium. Here’s how the 2020 Dzire compares with its predecessor:

On the outside, the 2020 Dzire gets a new face courtesy a redesigned grille and front bumper. The grille is larger and extends to the bottom of the front bumper. It is flanked by two L-shaped chrome strips which surround the fog lamps. Maruti Suzuki has added two more colours to the Dzire’s options: Phoenix Red and Premium Silver. Other than these changes, the 2020 Dzire is identical to the outgoing model.

The third generation Dzire launched in 2017 gave the sub-4m sedan a more proportionate aesthetic. Maruti turned the Swift-with-a-boot into a lower, wider, and more commodious sedan by using the HEARTECT platform and 4-metre length more effectively.

Inside, the most apparent change is the neat-looking instrument cluster. It has white dials and a 4.2-inch multi-information display. The new Dzire retains its predecessor’s aesthetic but its infotainment tech features keep it on par with the rest of the segment.

It comes with a sole BS6 engine option -- the 1.2-litre Dualjet petrol engine with idle start/stop from the Baleno. The Dzire does not have a mild-hybrid system with a separate lithium ion battery, but Maruti claims a fuel efficiency of 23.26kmpl a tad lower than the Baleno Smart Hybrid. The engine can be paired with a 5-speed manual or 5-speed Auto Gear Shift (AGS) automated manual (AMT) automatic transmission.

The 2017 Dzire was equipped with a BS6 1.2-litre K12B petrol engine and a BS4 1.3-litre DDiS diesel. The latter had a claimed fuel economy of 27kmpl and 190Nm of torque, making for a punchy but economical Dzire. Since the diesel was not updated to BS6, both engines have been replaced with the K12C Dualjet petrol engine.

Maruti has nudged the Dzire further upmarket. Apart from the more powerful and fuel-efficient engine, the sedan gets cruise control and a 4.2-inch multi-information display.

The 2017 Dzire came with a 7-inch Smartplay Studio infotainment system, climate control, push-button start, and keyless entry. Both the 2020 and 2017 models have standard dual airbags, ABS, EBD, and seatbelt pretensioners.

The pre-facelift Dzire was India’s best-selling sedan and best-selling car for a time, so the BS6 model has big shoes to fill. Even if it demands a premium over its predecessor, the 2020 Dzire offers more fuel economy, power, and equipment over the 2017 model. Can the efficient Dualjet engine make up for the loss of a diesel engine? Or will the Dzire miss its top spot to a more versatile compact sedan or hatchback? Watch this space for our first drive.