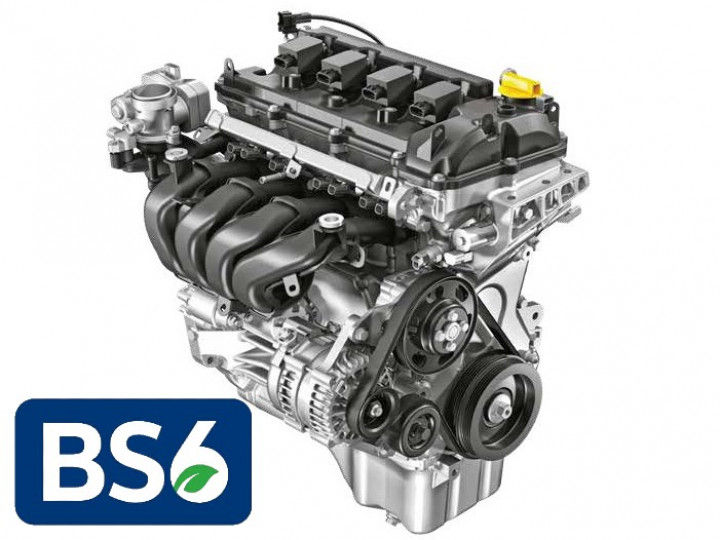 Could BS6 norms make petrol engines great again? India loves its diesel engines, from the award-winning 1.3-litre Multijet to the mighty mHawks found in Mahindra cars. But a number of carmakers including Maruti Suzuki and Volkswagen have erased diesel engines from their cars in the BS6 era. How does that change bode for the Indian buyer, who often spends a premium to purchase a more fuel-efficient car?

Is the K12C efficient?

Maruti Suzuki’s engine is paired with a 12-volt mild-hybrid system in the Baleno and Glanza, but not in the Dzire. Even then, Maruti Suzuki claims an economy of 23.26kmpl, just 0.61kmpl lower than the Baleno Smart Hybrid. It also has a low carbon dioxide output of 98g/km, 24g/km lower than the 1.3-litre DDiS diesel. Hence, Maruti Suzuki’s engine is cleaner though 4kmpl less fuel-efficient than the diesel it replaces. The Dualjet engine has been BS6-compliant since launch last year.

What makes the Dualjet so efficient?

In an internal combustion (IC) engine, compressing more air with just the right amount of fuel makes the engine more efficient. Diesel engines have higher compression ratios than petrol, which means that they can compress 14 to 17 units of air using just 1 unit of fuel. Petrol engines usually have a compression ratio of 10:1 or 11:1, making them less thermodynamically efficient than diesels.

Carmakers can increase the efficiency of their petrol engines by adopting several measures which are already used in most diesel engines -- turbocharging, direct injection at high pressure, and exhaust gas recirculation (EGR).

Suzuki has modified the water jacket, or the channels through which coolant passes, to cool the engine near the combustion chamber. In addition, oil jets are shot at the underside of the cylinder to lower its temperature. Through convection, this lowers the temperature of the cylinder surface which comes in contact with the fuel, reducing chances of knock.

Diesel engines are known to use exhaust gas recirculation in addition to turbocharging. The Dualjet engine passes some of its exhaust gases through a heat exchanger which reduces its temperature by releasing its heat to the coolant. The cooler exhaust gases now enter the intake manifold. The exhaust gas has no oxygen molecules which would contribute to the combustion, so less fuel required than without EGR to do the same amount of mechanical work and to move the car.

The air intake port is optimised to create a vortex which pulls fuel droplets into the centre of the combustion chamber, further reducing chances of knock. The engine uses low-weight oil which offers lower friction both in warm and cold conditions. Variable valve timing allows the engine to maintain its power surge at high RPMs by decreasing pumping losses higher in the rev range.

How could petrol engines become as efficient as diesels?

We’ll see turbocharging on a number of new engines, from Mahindra’s mStallion petrols to Volkswagen’s TSIs.

Hybrid tech has been proven to make engines more efficient at the cost of mechanical and electronic complexity. Hybrids are generally more expensive than petrol-only cars, and often the premium gets you better fuel economy and lower running costs. In India, hybrid cars with a more substantial electronic power output are often completely built (CBU) imports, making them even more expensive to buy.

With carmakers concentrating on battery electric vehicles, localisation, homologation, and domestic production of hybrids is still on the back burner. Suzuki showcased the Swift Hybrid at Auto Expo 2020. Its 48-volt self-charging hybrid system gives it a fuel economy of 32kmpl, higher than most diesel engines.

How’s the future for the Indian buyer?

The advent of EVs, BS6 emission norms, turbo petrol engines and hybrid cars could only translate to lower running costs in the future. We lament the driveability of diesels we’ve lost in the transition to BS6, but we can rest assured that such regulations are better for the planet. But although the purchase cost of new cars may go up in the future, carmakers are still striving to get the maximum locomotion from every tiny drop of liquid gold that we call petrol.