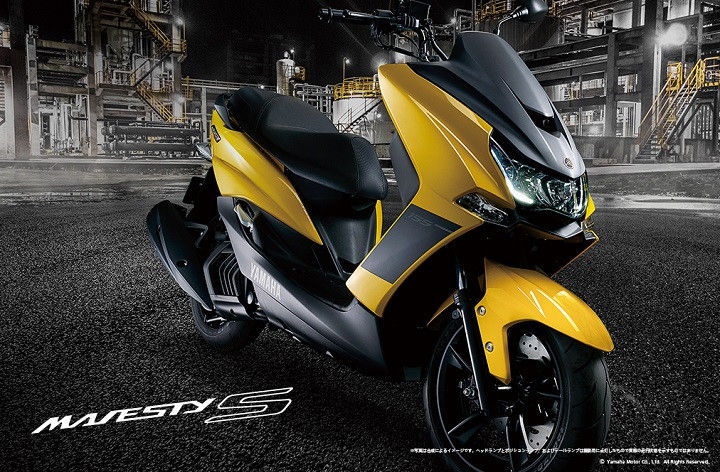 Yamaha has launched the 2020 Majesty S in Japan at 379,500 Yen, which translates roughly to around Rs 2.61 lakh. That’s a whopping Rs 1.15 lakh more than the India-spec Yamaha R15 V3 BS6! While that may sound a lot for us, Indian two-wheeler buyers, Yamaha does have a market for scooters like this in other ASEAN countries as they are considered more of a lifestyle choice than just a commuter to take you from point A to point B.

Why are we comparing it with the R15? Well, it is powered by the same heart as that of the faired supersport. In the maxiscooter, this motor churns out 15PS and 14Nm, which is 3.6PS and 0.1Nm less than the faired motorcycle. This makes it more powerful than the Aprilia SXR 160 (11PS and 11.6Nm), which is set to be launched in India this year. The motor is mated to a CVT gearbox and the claimed fuel efficiency stands at 37.5kmpl according to the WMTC test cycle.

The scooter, which will be available from April 10 onwards, gets three new colour options - yellow, grey and black. What’s more? The brake levers have been blacked-out in the latest iteration of the maxi-scooter. Apart from this, it remains mechanically unchanged. Hence, you’ll find the same telescopic front fork and horizontally-mounted rear monoshock as before. Even the brakes remain unchanged - a 267mm petal disc up front and a 245mm disc at the rear.

Being a maxi-scooter, it is loaded with practical bits like a large 32-litre underseat storage, another storage compartment on the apron that’s equipped with a 12V DC socket, an apron-mounted fuel filler cap, a semi-digital instrument cluster, and an all-LED lighting system with a projector headlamp.

Yamaha is unlikely to launch this scooter in India as it will be too expensive for the segment. Moreover, the maxi-scooter space is just beginning to grow, and if the segment holds good potential, Yamaha may choose to offer something that’s India-specific rather than a product that’s sold internationally to save costs.