'SAIC Announces India Entry With MG Motor'. Who's MG? Who's SAIC? Should I be interested? 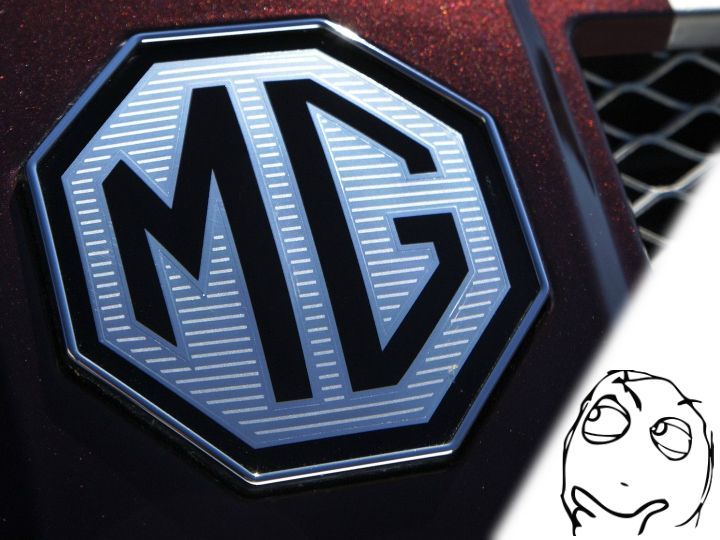 Let's begin in the present. MG Motor is a British marque which began operations in the early 1920's and became famous for its two-door sports cars, sporty sedans and coupes along with its success in various motorsport series.

It is also infamous for having a long list of owners who didn't know what they were doing and finally led it to bankruptcy. This historic British brand is now a subsidiary of the SAIC, one of the biggest Chinese state-owned car manufacturers.

Some of you may have heard the name SAIC before, three of its products were launched in India under the Chevrolet brand - the Sail sedan, Sail hatchback and Enjoy MPV - all of which have been discontinued after GM pulled out of the Indian market. SAIC knows the potential for growth in the Indian market and it has announced its intention to operate here again, in a more direct fashion, through MG.

Currently, MG Motor cars are predominantly sold in the UK and China, with SAIC eyeing other European and emerging car markets around the world for further expansion. The MG Motor range currently on sale is as follows:

The entry-level hatchback from the brand, the MG 3, is the best-selling Chinese car to be sold in the UK. Ripe for the India market (it is shorter than 4 metres, SAIC has many engine options to choose from), the MG 3 has gained a reputation for being affordable (to buy and own), offering a million customisation options and being decently specced.

A slightly larger hatchback/notchback, the MG 5 could have gained 'mildly-hot' status in India thanks to its 1.5-litre, turbo petrol motor which develops 129PS of maximum power. Currently only assembled in China and Thailand.

The first all-new model to be made by the resurrected MG, the 6 is a sedan/fastback which was first introduced in 2011. Hopes were high and so was the scepticism because of the Chinese ownership; the model never did well in the UK. It is currently only on sale in China and Thailand.

The MG GS is the only SUV/crossover in the company's international lineup. Available in both front-wheel-drive and all-wheel-drive drivetrains, depending on the market, the MG GS is powered by petrol motors only - but SAIC has diesel powertrains which it could use if it decides to launch it in India.

What does MG stand for?

Specifically, William Morris's garage. If the Morris name sounds familiar, it is because Morris Motors used to sell their cars in pre-independence India. The Morris Oxford later spawned one of India's most iconic cars - the Hindustan Ambassador.

How did it come to be?

While it was owned by William Morris, it came to be because of the initiative by one person - Cecil Kimber.

Cecil was the business manager at the Morris Motors retail showroom in Oxford, UK. In the early 1920's, cars had two distinct components - the chassis and the body - which could be ordered from completely different manufacturers. Cecil began using custom bodies from a company called Carbodies and fitted them to the Morris Cowley on sale at the time, selling them with an additional 'MG' badge to differentiate them from the standard car.

Soon, the demand for MG cars rose, prompting William Morris to trademark the now famous 'MG Octagon' badge and make it a separate entity by itself in 1924. The M. G. Car Company Limited came into being in 1928 with its own production facility - with Cecil promoted to the position of General Manager.

MG cars were known for being sportier but affordable than competitive cars at the time. That image stuck with the brand for most of its operational years; when the MG brand was discontinued for the first time in 1980, almost 56 years later, the MG brand had lost that character - becoming a mass-market brand selling badge-engineered versions of other manufacturers, many of which used to be its competitors in its heyday.

What the hell happened to MG?

From 1952 till 2005, the MG car brand changed hands eight times! It was part of different British-run consortiums which tried to consolidate and revive the frail British auto industry as it struggled to compete against growing competition from European and Japanese companies.

The first non-British owner of the brand was BMW. Yes, you read that right. In 1994, it held the rights to other brands too - including Rover, Land Rover, Austin, Wolseley, Sterling and Morris. The loss-making MG and Rover were sold (along with the rights to many defunct companies) to another British-funded consortium in 2000, Land Rover was sold to Ford, while BMW kept the MINI brand.

By 2005, MG had been shut again with very little hope of it being revived. This is when Chinese-owned Nanjing Automobile bought the company; older models from the company were revived by 2007.

Later in 2007, MG Motor became an official subsidiary of SAIC, as it had acquired Nanjing. And now here we are.

In its almost 94-year long history, there have been many cars from MG which have gained high regard amongst car enthusiasts. Here's a brief list of them:

This is officially considered the first 'proper' car made by MG. This was a one-off car made specifically for the M. C. C. Land's End cross-country race. It was based on a heavily modified Morris Cowley chassis which could seat only two people instead of four and was powered by a 1.6-litre, 4-cylinder petrol motor developing 25PS of maximum power paired to a three-speed manual transmission. The car won the gold medal in the race and raised the status of MG cars among prospective buyers.

The MG 18/80 first car from MG which was developed and manufactured in-house. Available in two body types - tourer (convertible) or saloon, the tourer was more popular because of its lighter build and higher performance. Powered by a 2.5-litre, in-line 6-cylinder petrol motor developing 61PS of maximum power, maximum claimed speed was 129kmph.

If there is a famous car name associated with the MG brand, it is 'Midget'. Why was it called the Midget? It was 2794mm long, weighed 508kg and was powered by an 847cc, 4-cylinder petrol motor! It was a classic case of 'size is not everything' with the MG Midget. In fact, it was one of the most successful racing cars of its time. A Midget powered by a downsized 750cc supercharged motor even managed to cross the 100mph (~161kmph) speed barrier!

The MG R Type wWas the first single-seater racing car to be offered by MG. It was the first British car to feature independent suspension all around, pre-selectable gears, a unique two-gear steering system etc. It was powered by a 746cc, 4-cylinder, overhead camshaft petrol motor developing 115PS powering a very lightweight chassis.

One of the most desirable MGs, mainly because of its design, the MGA was also known for being top a top contender at the 1955 24 Hours of Le Mans. Of the three cars raced, two finished in fifth and sixth positions respectively - gaining a reputation for performance and reliability. In 1956, demand outgrew production, with 13,000 cars built! Its design also grabbed eyeballs across the Atlantic Ocean in the USA.

Originally a successor to the open-top MGA, the MGB gained recognition across the world in its Pininfarina styled GT two-door coupe shape. The MGB GT gained a reputation because of their involvement in various rally racing championships.

A Group B rally icon, the MG Metro 6R4 (6-cylinder, Rear engine, 4-wheel-drive) competed against legends like the Audi Quattro Sport, Peugeot 205 T16, Lancia Delta S4 and Ford RS200! It was the only naturally aspirated competitor in the class dominated by smaller capacity forced-induction engines. A 3.0-litre, V6 developed 416PS of maximum power at 9,000rpm! 0-100kmph could be achieved in 3.0-3.2 seconds based on the terrain.

This was MG's most successful two-door sports car sold in the UK in the modern era. It utilised the classic MG recipe - (reasonably) stylish, compact, reliable and economical - to become so successful. The TF's success was shortlived as the company collapsed in 2005. When revived by Nanjing, customers complained of low-quality parts and reliability issues which dampened the perception of MG for many fans.