This Vespa Costs As Much As The Kawasaki Ninja 400! 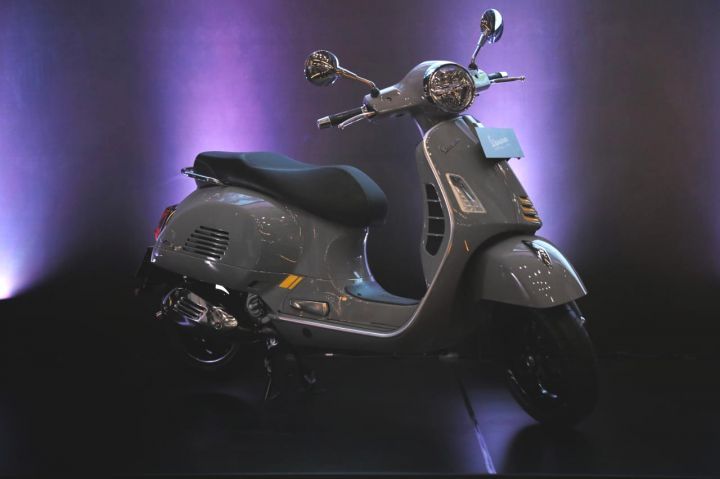 Vespa has launched the GTS 300 SuperTech scooter in the Philippines. This retro scooter comes with modern features and a large motor and costs 480,000 Philippines Peso. That's Rs 5.6 lakh in Indian currency before taxes and duties. So what makes this scooter so expensive?

For one, it gets a large motor.  The GTS 300 SuperTech is powered by a liquid-cooled 278.3cc motor that offers 23.5PS and 26Nm of torque. That's more power and torque than any Vespa before it. However, it gets simple underpinnings in the form of a linked-type front suspension and two rear shock absorbers. It's a good thing that the brakes are a more modern setup consisting of 220mm discs at both ends with dual-channel ABS as standard.

Secondly, there’s a whole host of modern technology on board, including a large 4.3-inch colour TFT-instrument console in place of retro dials. Besides showing de rigeur information like speed and fuel level, the instrument console connects with your smartphone via Bluetooth and a dedicated Vespa app called MIA. This app allows you to access text message and call notification on your screen. You can also control your notifications or navigate through the screen menu with the help of a joystick on the left side switchgear. It also has voice command function to make calls or play and shuffle music.

While the chances of Vespa launching the GTS 300 SuperTech in India is highly unlikely, let's not forget that it did sell a scooter that was priced twice as much in India. Yes, the ultra-exclusive Vespa 946 Emporio Armani Edition was on sale in India for a whopping Rs 12 lakh (ex-showroom Pune). While it’s not on sale anymore, if you have a thing for powerful scooters, Kymco offers the X-Town 300i for a more pocket-friendly price of Rs 1.85 lakh (ex-showroom Delhi).