An All-New High-Performance Electric Bike Is Coming Soon To India!

Ultraviolette Automotive will launch its F77 next month 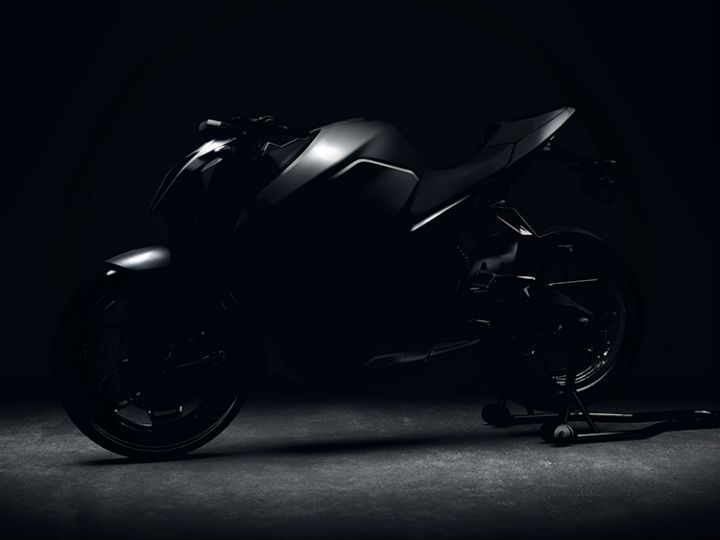 The nation is abuzz with electric mobility ideas at the moment, and the latest to join the party is Bengaluru-based startup Ultraviolette Automotive. It aspires to give India its first high-performance electric motorcycle, the F77. The bike will be launched on November 13, and is likely to cost around Rs 2 lakh (ex-showroom) before FAME II benefits. This electric motorcycle will get all the smart features we’ve come to expect from a new electric two-wheeler today.

These include vehicle tracking, OTA updates, remote diagnostics, phone app connectivity and riding modes. The F77 will feature a trellis frame housing a 25kW electric motor, with power being sent to the rear wheel via a chain final drive. Ultraviolette claims that this will propel the bike to 60kmph in just 3 seconds, and while we don’t have any word about range yet, we expect a triple-digit range somewhere around 150km, courtesy of the battery-pack’s claimed best-in-class energy-density.

There isn’t much in terms of competition for the F77 at the moment - the only electric motorcycles currently on sale are the Revolt twins, but these aren’t high performance bikes by any stretch of the imagination, with figures more akin to those of 125cc commuter motorcycles. The closest electric bikes in terms of performance are the Tork T6X, which produces a paltry 6kW, and Emflux One, putting out a massive 53kW. Neither of these bikes has officially gone on sale yet. Tork has recently received funding from Ratan Tata, while Ultraviolette itself is backed by TVS.

Based out of Bangalore, Ultraviolette Automotive is engaged in developing top-of-the-line electric mobility solutions. Inspired by aviation engineering, the Ultraviolette Automotive F77 is a high-end technology oriented, high performance electric motorcycle. It has been developed ground up, with principles used in the aviation industry - right from the advanced engineering simulations, multi-level safety systems to the design identity of the motorcycle.

At Ultraviolette Automotive, all our products and solutions are designed and developed with a single-minded focus towards delivering high levels of performance and unparalleled user experience across the usage and ownership experience cycles, and the F77 is a testimony to that. The F77 is a creation of the very best in form, function and futuristic technology and we are glad that our vision to create an identity for electric vehicles has come to fruition.”