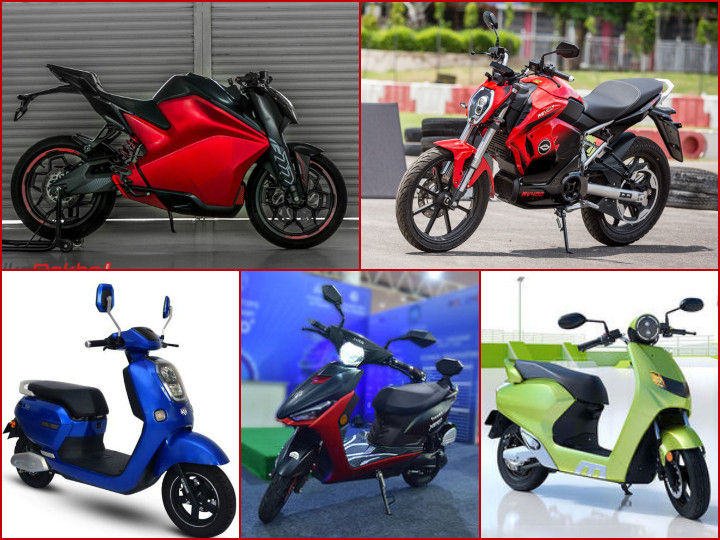 Note: We have not included the Ather 450 and Bajaj Chetak in this list as the former was launched in 2018 and the latter is yet to go on sale. Also, some electric two-wheelers in this list have been launched but have deliveries scheduled for next year.

With the F77, Ultraviolette brought in a new facet into electric mobility in India. Performance. The F77 looks fantastic with its edgy styling and clean lines. It gets threebattery packs which are accessible via a unique retracting side panel on the fairing. The F77’s 25kW electric motor delivers a claimed 90Nm. Ultraviolette claims the F77 will accelerate from standstill to 60kmph in 2.92 seconds and to 100kmph in 7 seconds with a top speed of 147kmph! Besides performance, the F77 gets a brilliant dynamic package in the form of a trellis frame, WP upside down forks and monoshock, ByBre brakes and Metzeler M7 tyres. So now you can have an electric motorcycle without compromising on performance but not before December next year. That’s when deliveries start. Ultraviolette says the F77 will be priced between Rs 3 lakh and Rs 3.25 lakh (on-road).

The Revolt RV400 is a less flamboyant and more practical electric motorcycle. That said it does get its share of unique features like artificial engine sound which plays different engine exhaust notes. The RV400 gets a 3kW electric motor which delivers 54Nm of torque and allows the motorcycle to achieve a top speed of 85kmph. It has an ARAI-claimed range of 156km. Another unique highlight is the pricing. While the RV400 is available at Rs 98,999 (ex-showroom), it can also be bought using a subscription plan where you pay a nominal amount for a set period. During this time, you get free benefits like free battery swaps, free service with brake pads and fluid replacement. Know more details here.

The iFlow impresses with its clean lines and feature list. It gets LED projector headlamp, LED tail lamp, LED turn indicators, LCD instrument console, Bluetooth and cloud connectivity. It gets a 2.1kW electric motor that offers a claimed top speed of 60kmph. It gets electronic rider aids in the form of two rider modes (Cruise and Drag), reverse assist and regenerative braking. It gets two lightweight swappable batteries that can be swapped at any of 22Kymco’s charging stations. Since the iFlow is being locally manufactured, it can be priced at a competitive Rs 90,000 (on-road Delhi). However, you will have to wait for the scooter as deliveries won’t start before September next year.

While most electric two-wheelers in this list command a premium, Okinawa has launched a more accessible electric scooter called the Lite at Rs 59,990 (ex-showroom). The Lite gets a lithium-ion battery pack with a claimed range of around 50 to 60kmph. This battery pack is removable and can be fully charged in 4 to 5 hours.  Its 250W BLDC electric motor offers a claimed top speed of 25km. The Okinawa Lite also comes with a three-year warranty on the motor and battery pack.

Priced similar to the Okinawa is the Avan Trend E. Built by Pune-based Avan Motors, the compact Trend E costs Rs 56,900 (ex-showroom). It gets an 800W BLDC electric motor that propels the electric scooter to a top speed of 45kmph. The Trend E is powered by removable lithium-ion batteries which can be fully charged in two to three hours. It is available with a single battery pack with a range of 60km or a twin battery pack that offers a claimed range of 110km.