The Hosur-based scooter manufacturer sold over 90,000 units of the Jupiter in the last month alone 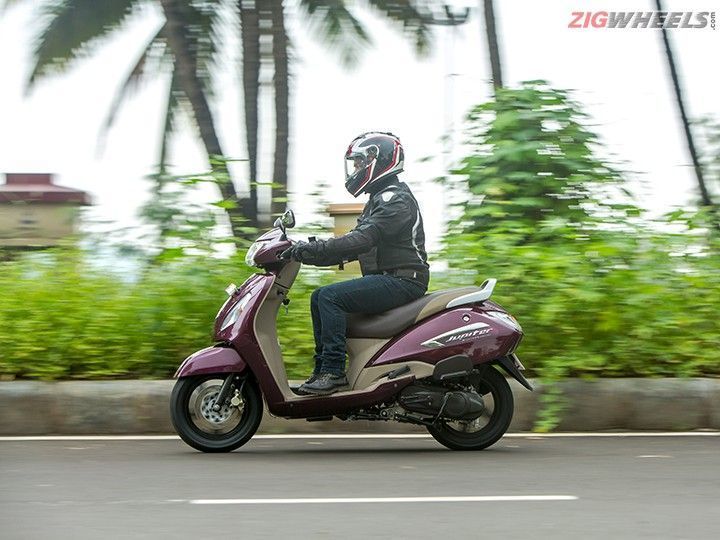 TVS has announced that the Jupiter has recorded its highest ever monthly sales by far. The Hosur-based manufacturer sold 93,573 units of the scooter in the last month, clocking a mammoth 54 per cent increase over the 60,943 units sold in October last year.

This doesn’t strike as surprising news, considering the fact that the TVS Jupiter is the second most sought after scooter in the country, right behind the segment-leading Honda Activa. The sales bump can be attributed to a couple of things. This includes the festive season, during which many dealers offer attractive discounts, good finance deals etc., resulting in an increase in sales. The other reason is the practicality the TVS scooter offers. With its telescopic front forks, disc brake, external fuel filler cap, a mobile charging USB port, a reserve fuel indicator, and more, it is naturally a worthy alternative to the Activa.

The TVS Jupiter is powered by a single-cylinder air-cooled 109.7cc engine, which produces 8PS of peak power and 8Nm of torque at 5500rpm. Currently, the TVS Jupiter goes up against the Honda Activa, the Yamaha Fascino and the Hero Maestro Edge.

It comes in four different variants - TVS Jupiter STD, which comes at a price of Rs 50,051, the TVS Jupiter ZX, which retails for Rs 52,574, the TVS Jupiter ZX Disc, which costs Rs 54,651 and the recently launched TVS Jupiter Classic Edition which will set you back by Rs 55,551 (all prices are ex-showroom Delhi). TVS has also been testing an all-new 125cc scooter which can rival the soon-to-be launched Honda Grazia, besides the Suzuki Access 125 and the Honda Activa 125.