Toyota India Drives Camry Hybrid Out Of Production For Now

According to Toyota, the Camry Hybrid initially had higher demand than its petrol counterpart 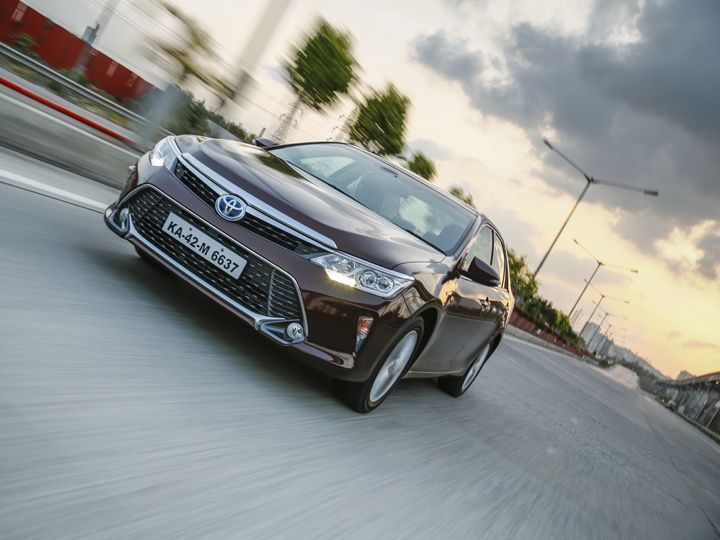 Toyota has stopped the production of its luxury hybrid sedan, the Camry Hybrid, owing to low demand. According to the manufacturer, the low sales are a result of price surge due to the imposition of 28 per cent GST and 15 percent luxury car cess, making the car more expensive by Rs 6 lakh, to Rs 38 lakh -- this widened the gap between the petrol and hybrid versions to Rs 7.5 lakh from Rs 1.3 lakh. Last month, Toyota made clear that it won’t be launching any new electric/hybrid vehicles in the country due to lack of infrastructure here.

The Camry Hybrid’s production was halted late last month after its sales plunged by 73 per cent compared to last year. Toyota claims to have invested a total of Rs 39 crore in India for the Camry Hybrid, which included Rs 15 crore on a Camry production facility in Banglore and the remaining Rs 25 crore for training, campaign and service. Shekar Vishwanathan, V-C at Toyota Kirloskar Motor, said: “We don't have a business case to persuade our parent company in Japan to step up investments on hybrids in Bengaluru, given the punitive tax structure.”

The Camry Hybrid is powered by a 2.5-litre petrol engine paired to an electric motor producing a total power of 205PS and peak torque of 213Nm. It is mated to E-CVT transmission and comes with two driving modes: EV and Eco. In EV mode, the car can run purely on electric power without harnessing any power from its petrol engine.

The Camry Hybrid competes with cars like the Honda Accord, Skoda Superb and the recently launched Volkswagen Passat.

Recommended Variant : Camry 2.5 Hybrid
Was this article helpful Yes No
Sorry about that