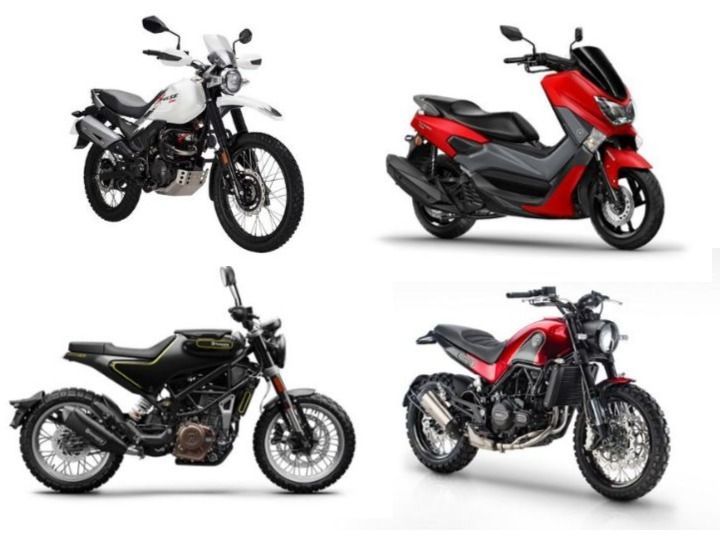 The year 2018 had its share of hits and misses. Some of these misses revolved around some highly anticipated bikes that turned out to be a no-show. Here’s our list of the top 5 bikes that were expected to, but did not launch this year.

This has to be one of the biggest disappointments of this year. Hero showcased a production-ready version of the XPulse at the 2018 Auto Expo in February. The bike was first unveiled at last year’s EICMA motorcycle show with plans to launch the bike by the second half of this year. As things stand, we hope for an early 2019 launch.

We have been waiting for the XPulse as with it, Hero finally has a worthy replacement for the now defunct Impulse mini adventure bike. We love the idea of an affordable and lightweight adventure bike and the XPulse is just that with its long travel suspension, large 21-inch front spoked wheel and a fuel-injected 200cc single. Expect it to be priced at Rs 1.1 lakh (ex-showroom).

Benelli first unveiled the Leoncino at the 2015 EICMA and launched it officially at the same motorcycle show the following year. The 500cc scrambler was expected to launch in India by mid-2017. However, the company ran into trouble in the start of 2018 as it parted ways with its India partner, DSK Group. By August this year, Benelli signed up with a new Indian partner - Mahavir Group - and under the new management, the Leoncino is expected to launch next year.

We liked the idea of a tastefully done retro-looking scrambler powered by a 500cc parallel-twin motor. This could have been a good retro alternative under Rs 5 lakh, but with launch of the Royal Enfield Interceptor 650, the Leoncino has its work cut out.

Last year, there were various reports that Bajaj would introduce Husqvarna, a Swedish motorcycle manufacturer owned by KTM, in India with the launch of the Vitpilen 401 and Svartpilen 401. These bikes were to be manufactured at Bajaj’s Chakan plant. To be honest, KTM CEO, Stefan Pierer did say that manufacturing for these bikes will begin in late 2019 with the bikes to be launched in 2020. It is just a case of us being impatient and here’s why.

The Vitpilen 401 and Svartpilen 401 are small capacity scrambler and cafe racer-style motorcycles that use the KTM 390 Duke’s underpinnings and powertrain. They look ace, should deliver on the performance front and given the fact that they will be locally made here, should command a slight premium over the already value-for-money KTM 390 Duke. We can't wait!

The Yamaha FZ15 kickstarted the 160cc segment back in 2008. At that time, the FZ impressed us with its mass forward design, digital instrument console and a fat rear tyre. Since then, the bike has received minor updates, with the biggest change being the addition of fuel injection in 2014.

The bike is due for a major overhaul and it seems Yamaha is working towards it as test mules of the updated FZ FI has been spotted around the country a few times. The new bike seems to borrow a few design cues from the larger FZ25. It is expected to launch next year but is it too little too late?

Yamaha is the only major bike manufacturer in India that do not have a 125cc or 150cc scooters in its portfolio. Now, we did see larger capacity Yamaha scooters like the 125cc Nozza Grande and Aerox 155 in India, but they were merely brought here to gauge the reaction of Indian two-wheeler buyers.

Now, we’ve been told that Yamaha will be bringing the NMax 155 to our shores soon. This sporty scooter will compete with the Aprilia SR 150, which as such has no direct competition. So far, Yamaha has stuck with 110cc scooters like the Ray ZR and Fascino. We think it is a missed opportunity as the 125cc market has seen a rise this year. Hopefully, Yamaha should be able to redeem itself as a performance-oriented brand when it launches the NMax in India next year.

Feast Your Eyes On This Kitted-out XPulse...

Convert Your XPulse Into A Even More Hardcore...