The week saw a global unveil and some major announcements 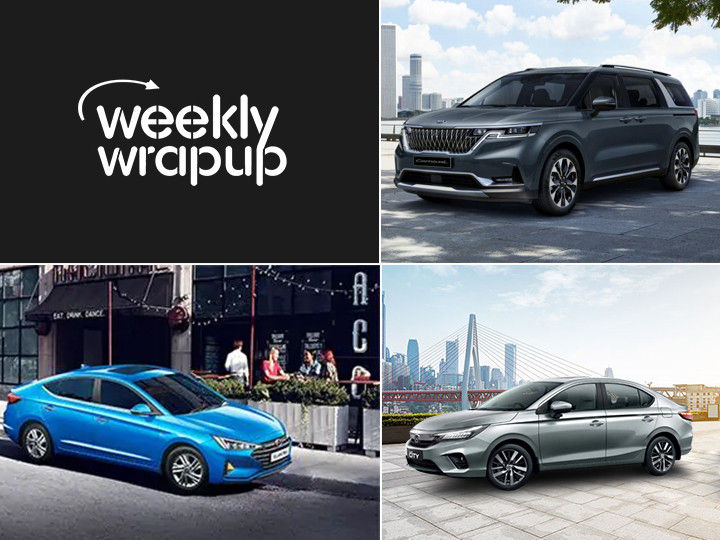 Over the past seven days, we witnessed the global unveiling of a popular MPV, the launch of a diesel-powered mid-size sedan, and the reveal of iOS 14 that packs in some geeky features for your car. Here are all the important headlines from the week gone by:

Kia has revealed the 2021 Carnival MPV and boy, we are impressed with the design. It’s grown up and looks more SUV thanks to its upright stance and bold styling elements. We are pretty sure this MPV won’t get lost in the crowd. Take a closer look here.

The diesel variants of the Hyundai Elantra make a comeback and this time around, it utilises the Creta’s 115PS 1.5-litre diesel engine. If you’re looking to purchase a petrol-powered Elantra, now is the right time as it has received a hefty price cut.

Had your eyes set on the upcoming 2020 Honda City? We have some good news for you. The Japanese carmaker has begun accepting pre-launch bookings for the fifth-generation City ahead of its launch. Find out the token booking amount right here.

Apple recently revealed its iOS 14 at the WWDC 2020. It now packs in more features for your car including updates for Apple Maps and the beloved Apple CarPlay. But, this one new feature could be the highlight for car enthusiasts.

Nissan had announced its revival plans for the African, Indian and the Middle Eastern markets and that includes the launch of eight new models. Yes, you read that right. Find out which car is going to be launched in India first under its revival plan.