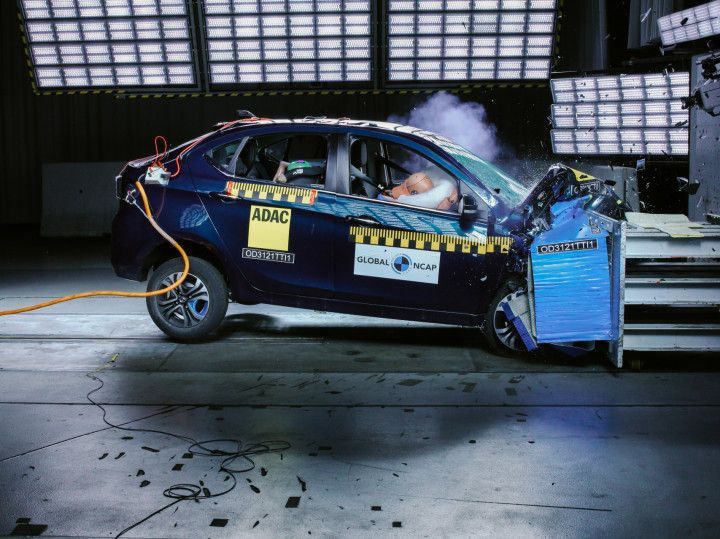 The facelifted Tata Tigor EV, just launched in India at Rs 11.99 lakh (ex-showroom), has scored an impressive four stars in the Global NCAP safety tests. The all-electric sedan is the first electric vehicle to be tested by the Global NCAP under its #SaferCarsForIndia campaign. In this report, we decode the crash test report to see how the all-electric sedan performed in the tests.

Global NCAP said the Tigor EV was crash tested in its most basic specification with dual airbags as standard. The all-electric sedan received four stars for both child and adult occupants. In fact, it secured an extra star over the standard Tigor for child occupant protection. As is standard protocol by Global NCAP, the Tigor EV was crash tested at 64kmph.

The all-electric sedan scored 12 out of 17 points in the adult occupants category. It offered good protection to the driver’s head while protection for the passenger's head was adequate. It’s exactly the opposite when it comes to the front occupant’s chest protection as the driver received only adequate protection.

Both occupants had good protection for their neck. However, their knees and femur had only marginal protection as they could come in contact with dangerous elements behind the dash. Unfortunately, the Tigor EV’s body shell and footwell was deemed unstable.

Now to the child occupants category, where the electric sedan garnered 37.24 out of 49 points. The rearwards-facing child seats for the 3-year-old and 1.5-year-old dummies were secured using the adult seat belts that prevented excessive movement. Chest and head protection for both children was rated good. 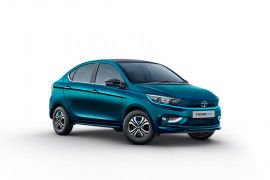 All Comparisons of Tigor EV