Battle Of The Hot Hatches: Tata Altroz iTurbo vs Volkswagen Polo TSI vs Hyundai i20 Turbo

All three get a turbocharged petrol engine, but which one comes out on top on paper? 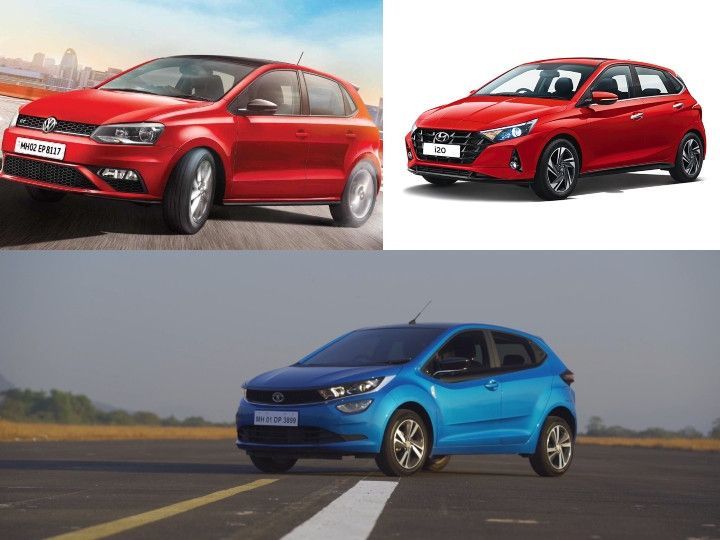 Tata Motors recently debuted the Altroz iTurbo which will compete in the hot hatch segment. The highlight here is the introduction of a more powerful 1.2-litre turbo-petrol engine. But is this upgrade enough to take on the Volkswagen Polo TSI and Hyundai i20 Turbo? Let’s find out.

In terms of specifications, the Altroz iTurbo gets a bigger displacement compared to its rivals, and its 110PS output is right up there with the Volkswagen Polo TSI. But the Hyundai i20 Turbo just about edges out by 10PS. The Polo is the torquiest of the lot, at 175Nm, closely followed by the i20 Turbo, at 172Nm. The Altroz iTurbo, on the other hand, pushes 140Nm of twist.

While the Altroz iTurbo is expected to get a DCT (dual-clutch transmission) automatic gearbox soon, its transmission options are currently limited to a 5-speed manual. Meanwhile, the i20 and Polo get the option of a 7-speed DCT and a 6-speed torque converter automatic.

In terms of frugality, the Altroz iTurbo is nearly a match for the Polo TSI with only .09kmpl keeping the latter ahead. But yet again, it's the i20 that’s the most frugal with a claimed rating of 20.25kmpl (iMT) and 20.28 (DCT).

While prices of the Tata Altroz iTurbo will be revealed on January 22, here’s where it may have the edge over its rivals. Being offered in the XT, XZ and the new XZ+ variants, prices are expected to start around the Rs 8 lakh mark, which would undercut both the Polo TSI and i20 Turbo. Moreover, the Altroz iTurbo comes in more variants compared to its rivals. But all that will be confirmed once it goes on sale.