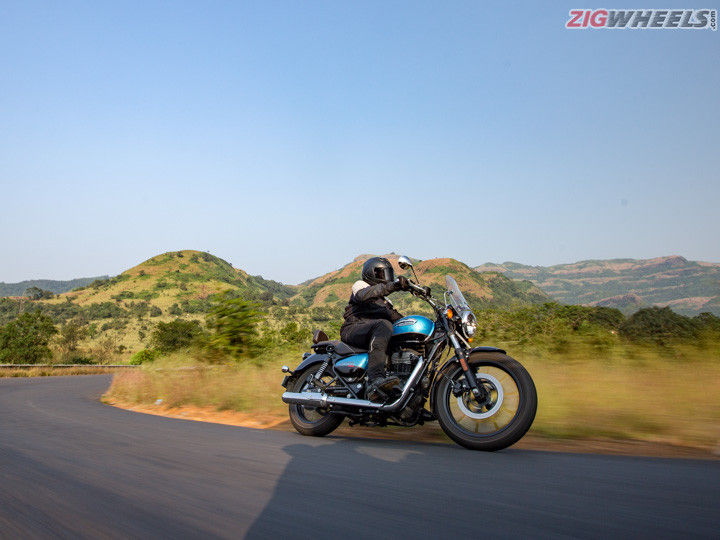 Ushering in a new era of single-cylinder thumpers, the Royal Enfield Meteor 350 has made quite an impact in the sub-350cc retro motorcycle space. It is a vast improvement over the Classic 350 and has the necessary ingredients in place to hold the fort against the new foe from Japan: the Honda H’ness CB350.

Now, we have done a couple of videos on the Meteor 350, a thorough real world road test, a spec comparison of the 350cc retro motorcycle space and a proper comparison against its Classic brother. And in all three of them, fanboys have been quite vocal about where their allegiances lie. There were a few lingering questions though. Here’s us answering them:

Is it suitable for taller riders?
The riding posture of the Meteor 350 is well suited for riders of all heights. The slightly forward-set pegs, the wide bars and fairly low seat height all make for a very comfy rider triangle. The stance is favourable for spending long hours in the saddle. In short, we found very little to complain in this regard.

When is the next-gen Classic 350 with the J-series engine arriving?
Soon. Royal Enfield has promised that there will be a new motorcycle (variant/facelift) every quarter for the next 6 years. We have identified a few of the new bikes, the new J-series Classic 350 being one of them. The bike is slated for a launch by mid-2021. Stay tuned to ZigWheels to be the first to know when RE will be riding the new Classic in.

When is your Highness arriving?
Again, our answer is going to be soon. We have been waiting to get our hands on the media unit of the Honda H’ness CB350. The bike has been made available and we shall be bringing a real world road test of the same soon enough. However, if you are waiting for a comparison review with the Meteor, you would have to wait for a long time. But until then, you can check out Shumi’s take on the bike and also, PowerDrift’s take on the two bikes.

Which is a better tourer from Royal Enfield’s stables: Himalayan or Meteor 350?
This is a toughie as both motorcycles are quite different tools to take on broadly the same task: touring. In terms of engine refinement, build quality and modern features, the Meteor 350 has the edge. It is also comparatively cheaper. The Himalayan is the more comfortable motorcycle, both in terms of rider ergonomics and suspension tune. There’s a new Himalayan on the anvil, with the same Tripper navigation pod from the Meteor and other small tweaks. It all boils down then to how much of an adventure you are seeking from your ride. That should probably give you the answer.