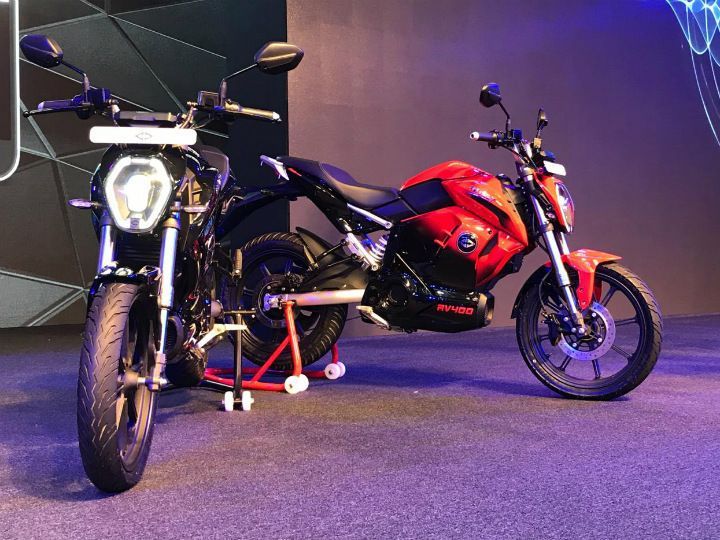 Revolt Motors will launch the RV 400 on 22 July 2019. Bookings of the electric bike are scheduled to commence from 25 June 2019 for a token amount of Rs 1,000. You can book one on Revolt’s website or on Amazon. The Revolt RV 400 will initially be available in Delhi and Pune, followed by NCR, Bengaluru, Hyderabad, Nagpur, Ahmedabad and Chennai.

Speaking of the bike, the RV 400 is miles ahead of its rivals by far. Not only does it get modern-day features such as LED headlamps, Bluetooth connectivity and a fully-digital instrument cluster, but also AI-based technology which improves battery performance as per your riding style.

Additionally, the motorcycle also comes with artificial exhaust sound options and remote ignition start system, a first for any two-wheeler in India. The company will also add voice command functionality in the future.

Coming to the heart of the matter, the Revolt RV 400 has an ARAI-certified range of 156km. The top speed has been capped at 85kmph, which we feel is adequate for city commutes. While the company is yet to release the official spec sheet, we do know that it gets telescopic fork at the front and a monoshock unit at the back. Braking hardware consists of disc brakes at both ends with CBS as standard.

We expect Revolt to price the electric bike around Rs 1 lakh (on-road). Once launched, it’ll be available in two colour options, Rebel Red and Cosmic Black. Further details will be revealed next month. So stay tuned to ZigWheels for updates.