You can change the “exhaust note” on the upcoming Revolt electric motorcycle! 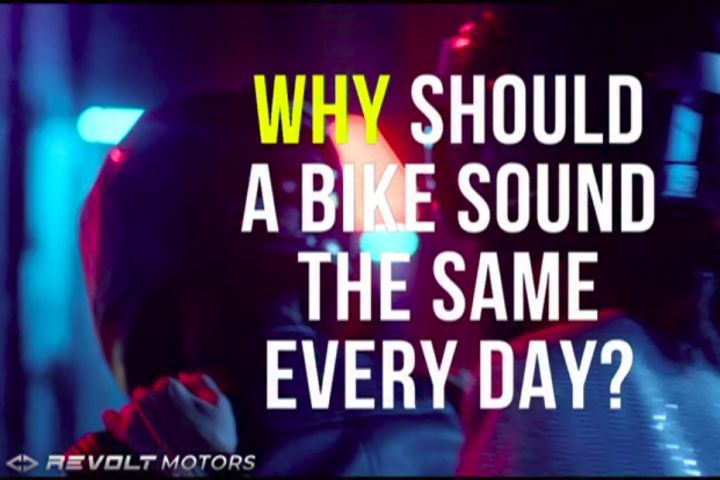 Ahead of its launch, Revolt Motors has dropped a teaser displaying a unique feature of its upcoming electric two-wheeler. The teaser showcases a rider changing the “exhaust” note of the bike via his phone.

We’ve already seen the same gimmick being employed on premium electric cars and motorcycles, including the Harley-Davidson LiveWire. However, this will be the first time an Indian EV, that too a two-wheeler, will come equipped with this feature.

The Revolt e-bike has already received ARAI certification, where it managed to cover 156km on a full charge. We’ve also come to know that the EV is rumoured to have a top speed of 85kmph (restricted), which is pretty quick for something that aims to go up against the likes of conventional 125cc motorcycles.

Additionally, the motorcycle is also likely to come with a swappable lithium-ion battery, like we recently saw with the 22Kymco iFlow. Considering it will be 75 per cent localised, the product has been approved for FAME II subsidy. We expect Revolt to price it around Rs 1 lakh (on-road).

This will put it in the crosshairs of 160cc petrol-powered motorcycles like the TVS Apache RTR 160 4V and the Suzuki Gixxer.