Renault Triber To Launch Tomorrow: All You Need To Know (Update) 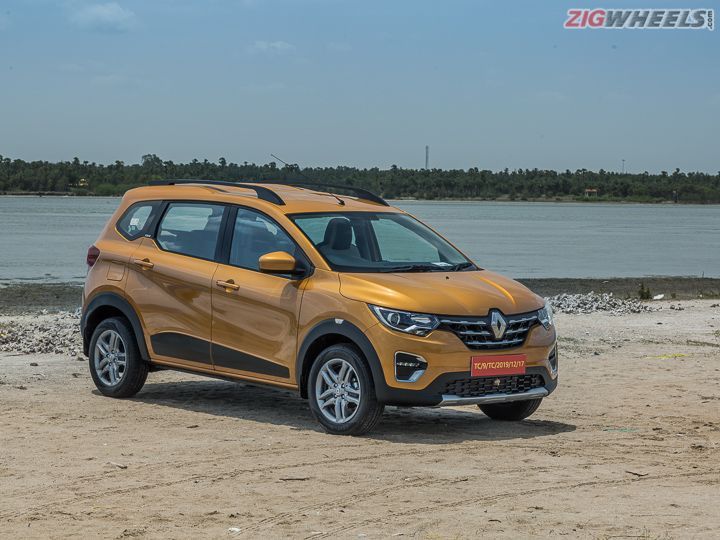 Update: Renault has launched the Triber in India with prices starting from Rs 4.95 lakh and going all the way till Rs 6.49 lakh (ex-showroom India).

Renault is all set to launch the Triber MPV tomorrow. It is a unique seven seater that measures under four metres in length and promises to bring a whole load of modular interior layouts to the segment. During the unveiling, Renault also made bold claims that the Triber will be a niche offering and will take on B-segment hatchbacks. Here are five things you need to know about the Triber:

To keep up with its ‘Ultra Modular’ tag, the Triber offers various seating options. For starters, the third-row has a 50:50 split while the second row comes with a 60:40 split. This allows you to carry different types of luggage and people at the same time. Then there’s the second row that can be slid back and forth and can also be reclined for that relaxing back seat experience.

And if you intend to use the Triber as a 5-seater, you can remove the third row seats and use it as a couch in your living room! With all three rows up, the Triber offers 84 litres of boot space. Folding down the third row sees the number go up to 625 litres, which is more than what the Maruti Suzuki Ertiga offers with the same configuration.

The Triber has typical Renault elements infused in its design. A Kwid-esque grille dominates the front-end that is flanked by projector headlamps. Below them are sleek LED DRLs and the Triber comes with roof rails and body cladding to add some butchness. The wheels are steel units with caps, albeit cut in the shape of the rim to give it the effect of an alloy wheel. At the rear, the Triber comes with split tail lamps.

In terms of size, the Triber easily overshadows its supposed rivals. Have a look at the table below to see how the Triber fares in terms of dimensions against its competitors:

The Triber comes with a simplistic design theme for its interior. It scores high on the practicality front and elements like digital dials up the premium quotient.

But it must be mentioned that the Triber misses out on some crucial features like automatic climate control, passive entry and steering-mounted audio controls.

The Renault Triber will come with a 1.0-litre petrol engine that develops 72PS of power and 96Nm of power. The new ‘Energy’ engine is a 3-cylinder unit and features Dual VVT tech. It is also expected to be a BS6-compliant unit. Transmission options include a 5-speed manual gearbox and a 5-speed AMT and Renault claims a fuel efficiency of 20kmpl and 20.5kmpl respectively.

The Renault Triber is expected to be priced from Rs 5 lakh to Rs 7.5 lakh (ex-showroom pan-India). With its unique proportions, the Triber doesn’t have any direct rivals. However, with its aggressive expected prices, it will take on the likes of the Datsun Go+, Ford Freestyle, Grand i10 Nios and the Maruti Suzuki Swift.

Renault began accepting bookings for the Triber from August 17 and you can book one now for a token of Rs 11,000.

Stay tuned to ZigWheels for the launch story and first drive review of the Renault Triber.