The Kwid facelift will feature a split headlamp like the Tata Harrier and Hyundai Venue! 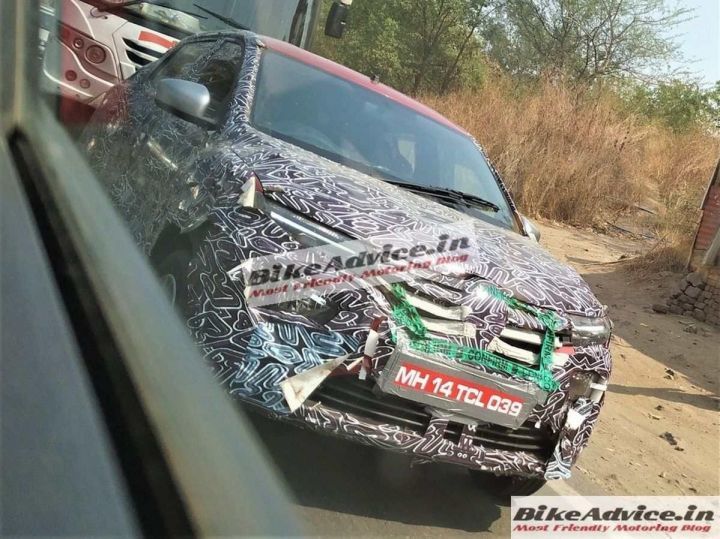 The Renault Kwid, which has been around since 2015, is now gearing up for its first major facelift. And what better way to do that than resemble the snazzy looking all-electric Kwid (K-ZE) that was revealed at the 2019 Shanghai Motor Show. Spied testing in India, the Kwid facelift seems to feature the LED DRLs and the large grille that was first seen on the K-ZE. A closer look reveals that the front bumper will be completely revised and will get the same headlamp and air dam setup as the EV. In fact, the Kwid will be the first small car in the country to get a split headlamp arrangement as seen on the Tata Harrier and the upcoming Hyundai Venue. And this should make it quite a looker.

Moving to the rear, Renault is likely to retain the tailgate design and the tail lamp cluster. However, the tail lamps get a new three-element design like the Kwid EV. A new bumper rounds off the list of changes at the rear. What Renault hasn't changed in the Kwid facelift are the dual-tone ORVMs and the roof-mounted spoiler.

On the inside, the Kwid facelift is expected to remain largely similar to the current version. The EV made its debut with a tweaked and more premium interior setup, but that seems unlikely to make its way into the Kwid facelift. The all-digital instrument cluster and the 8-inch touchscreen will continue to be the Kwid’s highlights.

As far as the powertrain is concerned, the 2019 Kwid facelift is expected to retain the 0.8-litre, 54PS/72Nm and the 1.0-litre, 68PS/91Nm petrol engines. However, these engines are expected to be updated to meet BSVI emission norms that will become mandatory come April 2020. The 5-speed manual and the Easy-R AMT are expected to carried forward unchanged. The all-electric Kwid is still a couple of years away from being launched in the country.

Back in 2015, the Kwid brought in a fresh and bold design along with many first-in-segment elements in the entry-level hatchback space. With the facelift, Renault plans to use the same formula to take on segment king, the Maruti Suzuki Alto, which received a few updates last week. Expect the Kwid facelift to be launched close to the festive season with a minor price hike for the top-spec variant. It remains to be seen if the Climber will get the same visual treatment as the standard hatchback.