MG ramps up production to deliver on 38,000 bookings for the Hector just four months after its launch 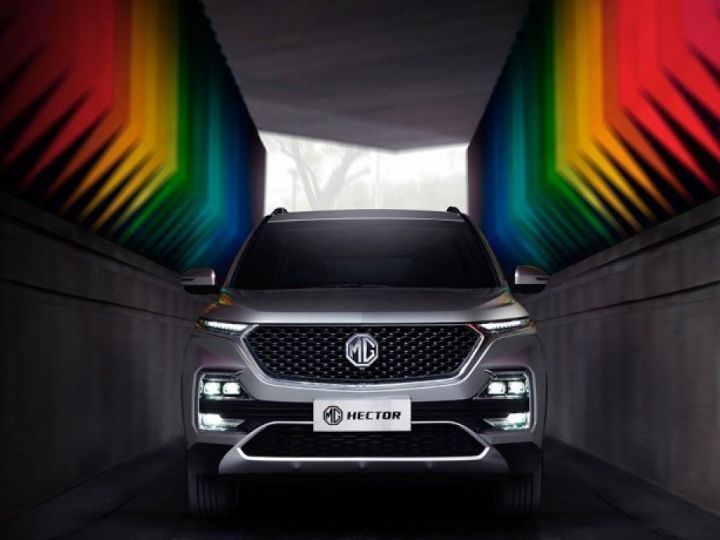 MG Motor India announced on October 22 that it has reached the 10,000-car production mark. The news follows the first Over-The-Air (OTA) updates for the Hector SUV which adds Apple CarPlay and improves the user experience of its infotainment system. Recently, the company also announced a partnership with eChargeBays to provide home-charging solutions to customers of the upcoming ZS electric vehicle (EV). The Hector’s demand has exceeded supply, though the company has reiterated that it will add a second shift at the Halol plant to ramp up production. The MG Hector’s price ranges from Rs 12.48 lakh to Rs 17.28 lakh. It competes with SUVs like the Hyundai Creta, Kia Seltos, and Tata Harrier.

The Hector’s current bookings are quoted at over 38,000. Bookings for the SUV were halted in July and re-opened on October 1. In September alone, 2,608 Hectors were sold to customers. The SUV comes with many of India’s firsts such as on-board WiFi and connected car technologies.

MG’s Hector is the first non-electric vehicle to get OTA updates in India, though only the Sharp and Smart variants will get the upgrade since they come with i-Smart connected car technologies. The update will be rolled out in phases and customers will be notified by email and text message as soon as the update is ready to be downloaded to their SUVs.

MG’s latest milestone comes just four months since the launch of the Hector, which is its only vehicle on offer in the country. This is set to change soon, as the company has plans to unveil the MG ZS EV in December. It will be priced at around Rs 25 lakh and will compete with the Hyundai Kona electric SUV.

New Delhi, Oct. 22: Underlining another milestone in its journey, MG (Morris Garages) Motor India has manufactured 10,000 units of the HECTOR, its debut offering in India, at its Halol manufacturing plant. The landmark has been achieved within just four months of the Hector’s launch in the country.

The carmaker plans to ramp up its production for its second shift beginning in November this year, in line with the increased component supply from its global and local vendors. It has received an overwhelming response for the MG HECTOR with bookings of over 38,000 units.

“With the re-opening of bookings, the MG HECTOR has further gained momentum as the most compelling proposition in the SUV-C segment. Our endeavour is to ensure customer satisfaction through timely vehicle deliveries in the coming months,” said Rajeev Chaba, President & Managing Director, MG Motor India.

The carmaker has recently re-opened bookings of the MG HECTOR, India’s first internet car, on September 29, 2019.