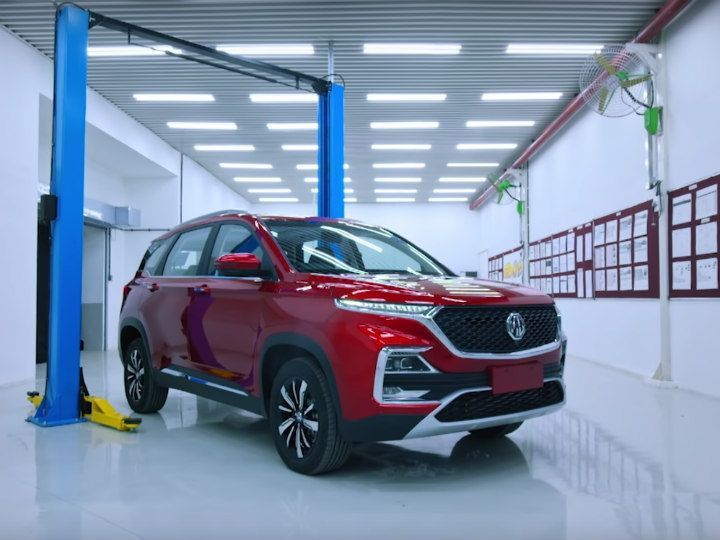 The wait for MG Motor’s first product for India is almost over as the British marque is set to unveil the Hector SUV on May 15, with the launch set for June. The  British brand had acquired GM’s defunct Halol plant in Gujarat in 2017 and now, the carmaker has officially commenced production of the Hector SUV at the facility. MG is eyeing the mid-size SUV segment with the Hector and is also contemplating on launching more cars for India. Being MG’s first product for India, the Hector shoulders the responsibility of kickstarting the company’s operations in the country.

MG’s facility in Halol, Gujarat has an annual initial capacity of 80,000 cars. GM initially setup the Halol facility way back in 1996 with the Opel Astra being the first model to roll out from the assembly line.

MG is pitching the Hector as a connected SUV with segment-first features like a 10.4-inch touchscreen infotainment system with iSMART, an in-car Android-based tablet featuring 4G (5G-ready) connectivity and over the air updates. This iSmart system can also be used to toggle functions like emergency calls, vehicle status, remote control for the sunroof, tailgate, door lock, and a whole lot more.

The Hector was spotted testing multiple times in the country without camouflage, and has created quite a buzz with its long list of connected car tech features and appealing looks. The SUV will be powered by a Fiat-sourced 2.0-litre Multijet diesel engine that produces 173PS of power and 350Nm of peak torque, mated to a 6-speed manual transmission. A petrol 1.5-litre turbocharged motor is also expected with 143PS and 250Nm on tap. The petrol motor will be coupled with a DCT (dual clutch transmission) and will also feature a 48V mild-hybrid setup.

The Hector is expected to be priced between Rs 15 lakh to Rs 20 lakh (ex-showroom). Its rivals include the well established Jeep Compass, Tata Harrier and the Mahindra XUV500.