Is The Swift Sport Headed Our Way?

Well, we can’t say for sure. But, it’s been spied on our roads! 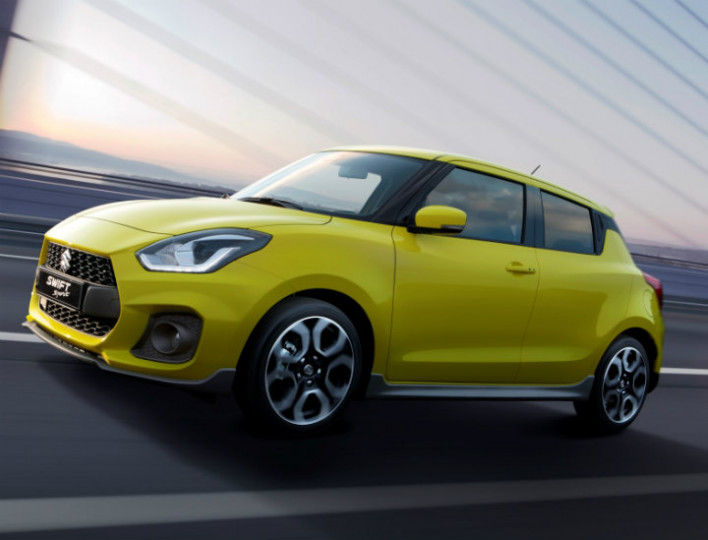 Ever since the Maruti Suzuki Swift made its debut in India back in 2005, the hatchback has been one of the carmaker’s best selling cars. While we have the standard hatchback, a more aggressive variant of the Swift called the Swift Sport, is also sold in international markets. For a long time there have been no indications of Maruti Suzuki ever bringing the hot hatch to India, until now. A third-generation Swift Sport has been spied in India for the first time. This iteration was introduced in the international market in 2017.

As the name suggests, we already know how the Swift Sport looks like with design highlights such as an aggressive front and rear bumper design with large air dams, a front-lip spoiler, side skirts, 17-inch alloy wheels and dual exhaust pipes.

On the inside, the Swift Sport is similar to the standard car, albeit with exclusive bits like sporty semi-bucket seats, stainless steel pedals, chrome finished shift knob, red inserts around the cabin including the upholstery and  ‘Sport’ branding. On the safety front, it gets features like collision mitigation braking, lane departure warning, lane departure prevention, weaving alert, high beam assist and adaptive cruise control.

Under the hood, the Swift Sport gets more oomph via a 1.4-litre Boosterjet turbo petrol engine that produces 140PS of power and 230Nm of torque, paired to either a 6-speed manual or 6-speed automatic transmission. All this gives the hot hatch a 0-100kmph sprint time of 8.1 seconds.

Recently this year, the Swift Sport was replaced with a new 48V hybrid variant in Europe. This variant gets the same K14D 1.4-litre Boosterjet engine, putting out 129PS/235Nm, while the 48V electric motor delivers 13.6PS and 53Nm. This iteration is only available with a 6-speed manual gearbox.

As things stand, it is unlikely that Maruti Suzuki will bring the spicier Swift to India considering the premium price tag and the possibility of facing the same fate as the Baleno RS. However, the carmaker may launch the Jimny SUV in India by 2021.