Despite being similar to the standard Miura in style, there were a few essential tweaks which made this icon stand out 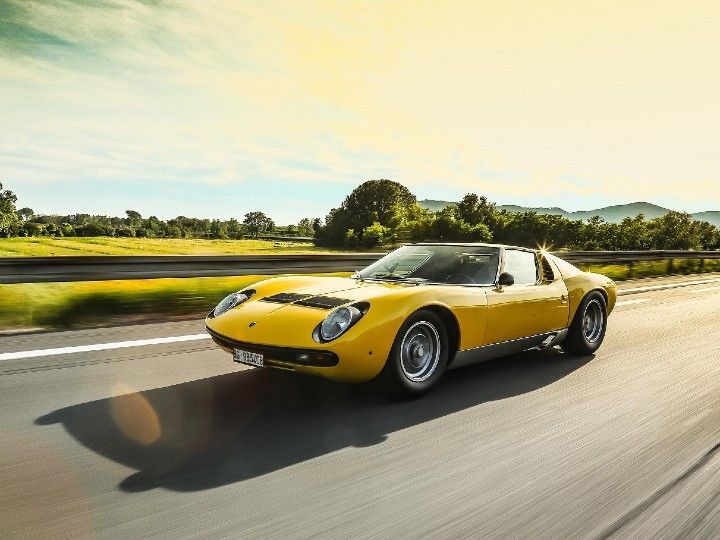 The Lamborghini Miura was arguably the world’s first supercar and one that put the Italian automaker on the global map. And it deserves all the accolades, considering the design was well ahead of its time and for it packed some serious performance. This year, Lamborghini celebrates the 50th anniversary of the spiciest Miura around, the Miura SV. Let’s take a trip down memory lane on how this special Miura came about.

When did it all start?

About five years had passed after the Miura went into production in 1966. This was enough time for Lamborghini’s engineers and creators of the Miura -- Giampaolo Dallara and Paolo Stanzani -- to take the supercar experience up a notch. And in came the Miura SV at the 1971 Geneva Motor Show.

The ‘V’ here stood for ‘veloce’ (super fast), and boy did it live up to its name!

First up, the Miura’s transversely mounted rear-mid 4.0-litre V12 engine got an additional 15PS of grunt and 12Nm of torque, taking the figures to 385PS and 400Nm. Lamborghini also equipped the Miura SV with a  different lubrication system between the engine and gearbox. Its top speed was 290kmph, and it took under 24 seconds to cover a kilometre from zero. For reference, Ferrari’s 1968 365 GTB/4 Daytona grand tourer pushed 352PS and 431Nm from its front-mounted 4.4-litre V12 engine (and had a top speed of 280kmph).

Power figures aside, the Miura SV also had a stiffer chassis, a tweaked rear suspension system (with different anchor points and arms), and a track that was widened by 130mm. The rear wheels went up from seven inches to nine, and were restyled for a sportier look.

Sure, at first glance, you couldn’t have told the Miura SV from the standard Miura. But there were more tweaks for the spicier model, including wider rear fenders, revised tail lights, and a modified bonnet for the new air intake. The Miura SV also got more premium touch-ups on the inside, with generous use of leather and chrome accents.

For all the tweaks, the standard model’s classic ‘eyelashes’ around the headlights weren’t there on the Miura SV. And the reason behind it was simply to reduce its production time. Of course, there was one Miura SV with the ‘eyelashes’. Whom did it belong to? Ferruccio Lamborghini, who else!

End Of An Era

All good things must come to an end. And by early-1973, the world had seen the 150th (and the last unit) of the Miura SV. It was also the end of an era for cars that blended speed with striking design. The Miura SV was the most fitting swansong for the iconic supercar. Heck, it was so popular that it eventually replaced the Miura S, which it was originally meant to be sold alongside.

To this day, the Miura SV remains (arguably) the most coveted vintage Lamborghini.