Kia Sonet: Things We Like and Dislike About The Latest Sub-4 Metre SUV

We recently got to drive the Sonet briefly. Here are the things we liked and disliked about Kia’s new SUV 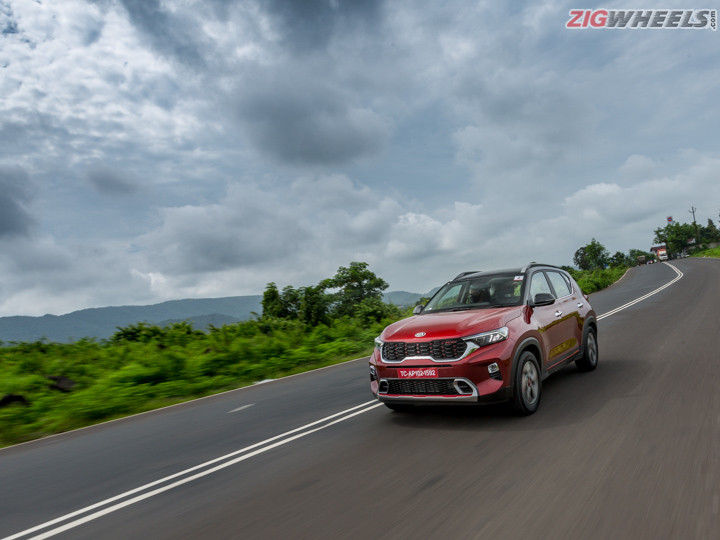 At this price point, we feel the Sonet is value-for-money, considering its super-long feature list, wide range of engine options, and premium-looking interior and exterior. However, it’s not all smooth sailing with the Sonet as there are some things we dislike about it. Here they are:

While Kia claims the Sonet can seat five, we wouldn’t recommend it. Sitting three abreast in the rear seat can be a bit of a squeeze. The rear seat is also contoured to accommodate just two adults rather than three. And while they are fine for short journeys, long ones would require you to take a break. That said, we the rear seat width is marginally better than the Venue.

The Sonet comes loaded with all the features one would require. However, there are a few silly misses such as a cooled glovebox and automatic wipers. Kia has also silently cut costs by offering a backlight only for the driver’s side power window. And adjustable rear headrests, which are offered from third to top HTX variant onwards, should have been standard across the range.

If you want an automatic variant in your Sonet, your only option is to pick up either the HTK+ variant or the top-spec GTX+ variant -- nothing in between them or below the HTK+ variant. We feel Kia should’ve considered offering the automatic transmission in the HTX variant. And perhaps a lower-spec GTX variant wouldn’t have hurt as it could’ve made the GT Line trim accessible.

It’s not all negative with the Kia Sonet. Here are the things we liked about Kia’s new SUV:

The Sonet makes up for its silly misses with a lengthy feature list. Segment-first features include ventilated front seats, ambient lighting, traction modes and the largest in segment 10.25-inch infotainment system. Other features include connected car tech, Android Auto and Apple CarPlay, climate control, cruise control, a 7-speaker Bose sound system and drive modes. Safety is covered by up to 6 airbags, ABS with EBD, front and rear parking sensors and electronic stability control.

The Sonet is offered with a wide range of engine options, kicking off with a 1.2-litre naturally aspirated petrol followed by the 1.0-litre turbo-petrol unit and 1.5-litre diesel engine options. The turbo-petrol engine is offered with a clutchless manual gearbox and DCT while the diesel engine utilises a proper 6-speed torque converter automatic apart from the 6-speed manual gearbox. Here are the specs:

The Sonet’s interior quality is top notch. Even the finish can’t be faulted as the plastics on the dash top and door pads have a smooth texture. Touch points like the elbow rests come finished in leatherette while the AC vents have a nice knurled surround. It all feels so premium that you get the feeling you’re in a car from a segment above. Have a closer look at the Sonet’s interior right here.

The Sonet is based on the Venue. But put both of them next to each other and you’ll be hard pressed to find similarities between the two SUVs. The Kia adds more bling in the form of LED headlamps, LED tail lamps that are connected by a reflector strip, and plenty of red elements in the GT Line variant. Moreover, it also looks more SUV, always a huge plus.

These are the things we liked and disliked about the Sonet. For more details about the Sonet, read our first drive review. The Sonet’s rivals include the Hyundai Venue, Tata Nexon, Ford EcoSport, Maruti Suzuki Vitara Brezza, Mahindra XUV300 and the upcoming Toyota Urban Cruiser.