Can the India-spec Kia Seltos live up to the premium reputation of Kia products sold internationally? 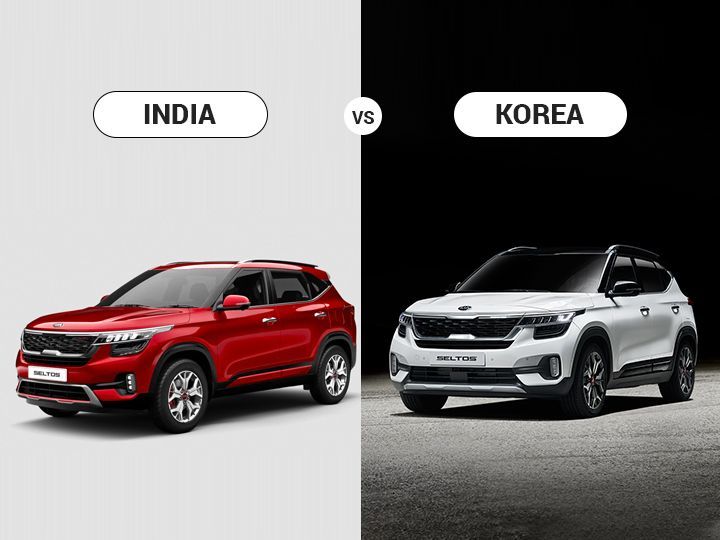 Kia’s debut product for India, the Seltos, is slated to launch in August this year. The Indian market has very high expectations from the Seltos thanks to it being a global product with premium styling, feature-rich interiors, not to mention the reputation the brand ‘Kia’ carries. Question is, has Kia skimped on the Indian-spec SUV or is it the same as the global-spec SUV. Let’s find out in this detailed spec comparison.

While the interior styling of both the models are similar, a keen eye will notice some distinguishing elements between them: Dashboard and seats on the Indian model comes in a black-beige colour combo while the Korean model can been seen in a black-brown combination. Then there’s the 10.25-inch UVO infotainment on the Indian-spec model which lacks physical buttons, something that its international sibling has.

The Indian-spec Kia Seltos comes with three engine and four transmission options, the most any manufacturer has ever offered in this segment. This includes a 1.4-litre turbocharged petrol, a 1.5-litre diesel and a 1.5-litre naturally aspirated (NA) petrol engine. Kia is expected to offer the Seltos with front-wheel-drive drivetrains only to keep costs competitive.

On the other hand, the Korean-spec model comes with a 1.6-litre T-GDI petrol and diesel motors. Transmission options are limited to a 7-speed DCT. The Seltos in Korea also comes with an all-wheel-drive system.

The India-spec Kia Seltos does lose out on quite a few goodies when compared to its Korean version. It also comes with a lower displacement engine. But what tips the scales here in the Indian-spec model’s favour is the variety of engine and transmission options it comes with. Slated to launch in India this August, the Seltos is expected to be priced from Rs 10 lakh to Rs 16 lakh (ex-showroom).