Is Delhi's Odd-Even Scheme Enough To Even The Odds For Air Quality? 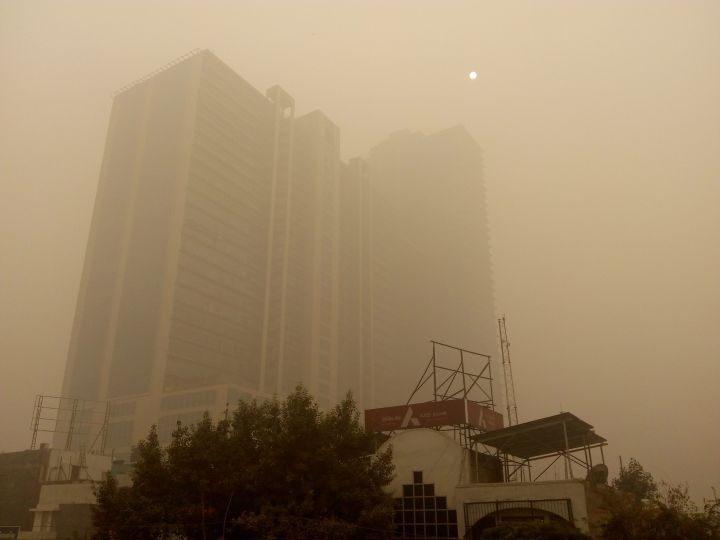 Living in a city with an Air Quality Index (AQI) ranging from ‘very poor’ to ‘severe’, the people of Delhi are currently breathing in a public health hazard. The state government of Delhi, in a frantic bid to help the situation, reintroduced the Odd-Even rule for passenger cars in the capital on Monday. The law mandates that vehicles with an even registration number ply on even dates, and odd vehicles on odd dates. However, the efficacy of this scheme has been challenged by research undertaken at the Indian Institute of Technology (IIT), Kanpur, and The Energy and Resources Institute (TERI).

The premise of the research conducted by IIT and TERI is that the pollutant in Delhi with the most weight in the AQI calculation, is particulate matter of size 2.5 micrometres or less (PM2.5). Both studies found that vehicular pollution contributed to a quarter of PM2.5 pollution. TERI estimated that the contribution of vehicular pollution to PM2.5 concentrations was 28 per cent. The IIT Kanpur study approximated it at 20 per cent. In the latter study, the share of passenger cars (including taxis and natural gas cars) to the total PM2.5 pollution was 2 per cent. The current Odd-Even scheme includes primarily passenger cars, with exemptions for women drivers, two-wheelers, emergency vehicles, private school buses, and various VIPs excluding Delhi state government officials. Vehicles running on compressed natural gas (CNG), which were previously exempt, have now been added to the rule.

Note, the IIT Kanpur study found that two-wheelers contributed to a larger share of PM2.5 pollution than passenger cars, at 6.6 per cent. The largest share was that of trucks at 9.2 per cent. The entry of these vehicles is restricted between 7am and 11pm, which helps reduce the impact of emissions from these vehicles. The study observed that the contribution of passenger cars was not large enough for the scheme to drastically reduce air pollution in NCR.

The Central Pollution Control Board (CPCB) examined the impact of the Odd-Even scheme when it was first introduced from January 1 to 15, 2016. AQ indicators including PM10, PM2.5, SO2, Benzene, O3, NO2 and CO were observed from eight Continuous Ambient Air Quality Monitoring Systems (CAAQMS) for the period. Also, the pre- and post-scheme indices were used for reference to comprehend the impact of the scheme. The findings were that peak values for all the indices after the Odd-Even period were higher than those before January 1.

The study concluded: “With no clear trend and wide fluctuations observed in the concentrations, it is evident that the meteorology and emissions from other polluting sources have been major factors impacting air quality of Delhi during the period.”

While the TERI research found pollution from industrial activity to be the greatest singular cause of PM2.5 pollution (30 per cent), the IIT Kanpur study circled in on dust (38 per cent). It is clear from these facts that the problem of pollution in Delhi will require an exhaustive plan. “A comprehensive set of actions following an integrated approach is required to make substantial improvement in air quality” CPCB release stated.

The fine for violating the rule by travelling in a prohibited car or SUV is Rs 4,000 - a stark contrast to the flowers handed out during the 2016 run. It is twice the fine imposed in November 2017. Sure, the Odd-Even schemes have had a demonstrable impact on congestion, resulting in fewer jams. And fewer jams and vehicles does mean less vehicular pollution. But with daytime visibility low enough to cause 37 flights to be diverted last Sunday, and the entire region’s population at serious risk of health issues, is Odd-Even the scheme Delhi deserves right now?