Honda will expand its commuter motorcycle portfolio by riding in the Livo tomorrow which will be positioned as a premium 110cc motorcycle. The Honda Livo is expected to cost around Rs 50,000 and will have a mileage of 60kmpl 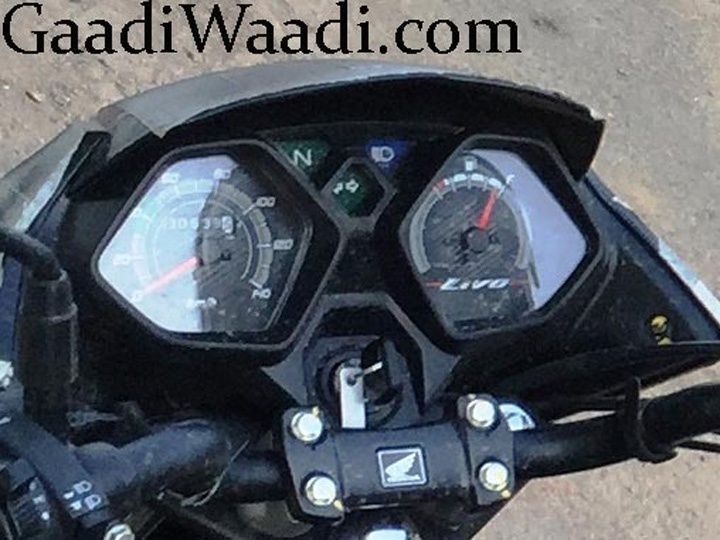 Honda will add another offering in the highly competitive commuter motorcycle as it will launch a new motorcycle tomorrow. Honda will ride in the new Livo motorcycle tomorrow. The new Honda Livo will be positioned as a premium commuter motorcycle in India and is expected to replace the Honda CB Twister. . The Honda CB Twister despite its premium styling and features wasn’t able to make a mark for the Japanese two-wheeler manufacturer in India. Given the fact that buying trends of entry-level buyers are changing as they want a stylish and feature-rich motorcycle, the new Honda Livo will be positioned to target these new genre of customers.

From the spy pictures of the bike being posted on internet, one can make out that the Livo will have an aggressive design as opposed to the more mature design language of the Dream Series. The bike will sport a sharp looking headlamp unit, edgy fuel tank extensions, alloy wheels, chrome heat shield on exhaust and red etc. It will employ an analogue instrument cluster with twin hexagonal pods for speedometer along with odometer and fuel gauge.  The new Honda Livo will be based on the Dream Series platform to keep cost low. It is expected that the Honda Livo will be powered by the same 110cc displacement motor sourced from the Dream series of commuter bikes.

The single-cylinder powerplant churns out 8.36PS of power and 8.63Nm of torque. The motor will feature the patented HET technology and expect an overall fuel efficiency of above 60kmpl. Power is transmitted to the rear-wheel via a 4-speed gearbox. The bike employs telescopic front forks and hydraulic shock absorbers at rear. Braking is done by drum brake at front and rear while disc brake will be an optional extra. The new Honda Livo is expected to carry a sticker price of around Rs 50,000 and will compete against the likes of the Hero Passion XPro, Mahindra Centuro, TVS Star City+ etc.