Honda Teases Next-gen Dio; Looks Even Sharper Than Before 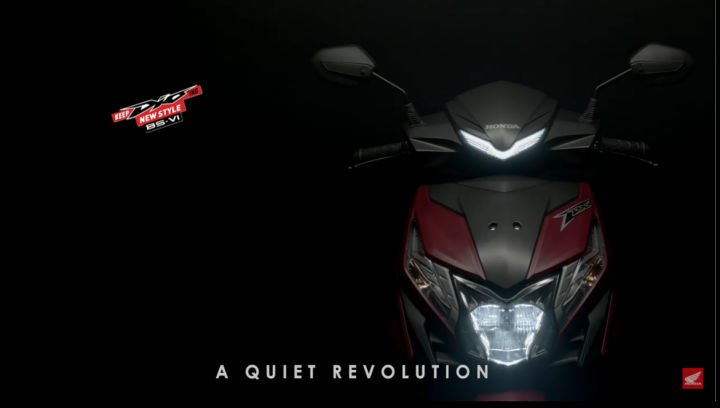 Honda has teased the Dio BS6 through a video on its social media platforms, hinting at an imminent launch. The teaser video reveals a lot about the popular moto scooter, including its revised front and rear end. So let’s take a closer look at find out what’s changed in the new model.

For one, the front fascia has been redesigned. While the LED headlamp appears to have been carried over, the headlamp surround and turn indicators have been altered and look sleeker than before. The top-mounted DRL gets a redesign too. At the rear, the scooter appears to have a new and longer tail section. Honda has equipped the Dio BS6 with a split grab rail to make way for what could be a panel for the external fuel filler cap. We could expect to see a new tail lamp and turn indicators as well. From the images, it appears that the new Dio gets faux carbon fibre trim and a new Plum coloured paint job.

A closer look at the images reveals what appears to be a larger front wheel and a telescopic front fork. It is possible that the Dio might get these since the Activa 6G finally made a switch to a telescopic fork and larger 12-inch front/10-inch rear wheel setup and both the Activa and Dio have always shared the same underpinnings.

While these are the visible updates, the biggest change lies under the skin. We expect the new Dio to get the Activa 6G’s ACG silent starter motor. Honda has hinted as such in the video with the title ‘A silent revolution’, the same one which it used for the Activa 125 BS6 and Activa 6G. Even the engine output is expected to be the same at 7.79PS of power and 8.79Nm of torque.