The Most Extreme Limited-Run Civic Type-R Is The Fastest Front-Wheel-Drive Model On Home Soil! 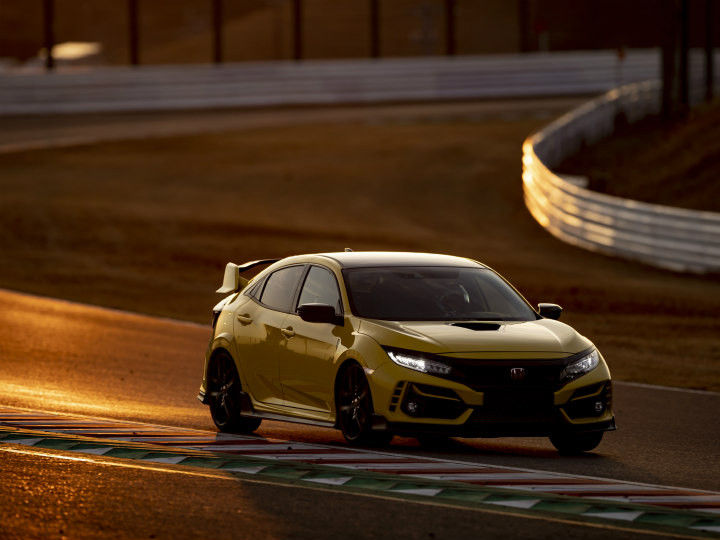 Back in February this year, Honda had revealed an even more radical iteration of the Civic Type-R dubbed the Limited Edition that was indirectly touted as Honda’s attempt to reclaim its FWD record at the Nurburgring that was beaten by the Renault Megane R.S. Trophy-R. While it is yet to make that attempt, the Civic Type-R has begun shattering records at Honda’s own backyard, the Suzuka Circuit.

The Civic Type-R Limited Edition shod in an exclusive Sunlight Yellow body shade lapped the Suzuka circuit in 2:23.993 seconds to claim the record of the fastest front-wheel-drive production car around Suzuka. In an interesting turn of events, it was a second and a half quicker than the previous record holder, the Renault Megane R.S. Trophy-R. This should bode well for Honda’s chances to reclaim its crown at the Nurburgring.

Limited to 1,000 units, the Civic Type-R remains mechanically unchanged under the hood in comparison to the standard Type-R. It is powered by a turbocharged 2.0-litre petrol mill delivering 320PS and 400Nm to the front wheels and paired to a 6-speed manual transmission with a limited slip differential. But the difference with this variant is that it features revised dampers, reworked steering for additional feedback, and a stickier set of Michelin Pilot Sport Cup 2 tyres.

Another highlight of the Civic Type-R Limited Edition is that it has undergone a diet of sorts. Around 47 kg of weight has been shaved off thanks to lighter 20-inch BBS wheels and the removal of bits such as rear heater ducts, sound canceling materials as well as the infotainment and air conditioning system.

Could these modifications help the Civic Type-R Limited Edition reclaim its crown at the Green Hell? It’s got about 3.7 seconds to catch up to the Renault Megane R.S. Trophy-R’s lap time of 7:40.100 seconds on the 20.6km circuit. We should know by the end of the year, meanwhile, we are expecting the next iteration of the hot hatch to debut sometime in 2021. Until then, here’s an onboard lap of the record-breaking Civic Type-R lapping  the Suzuka Circuit: