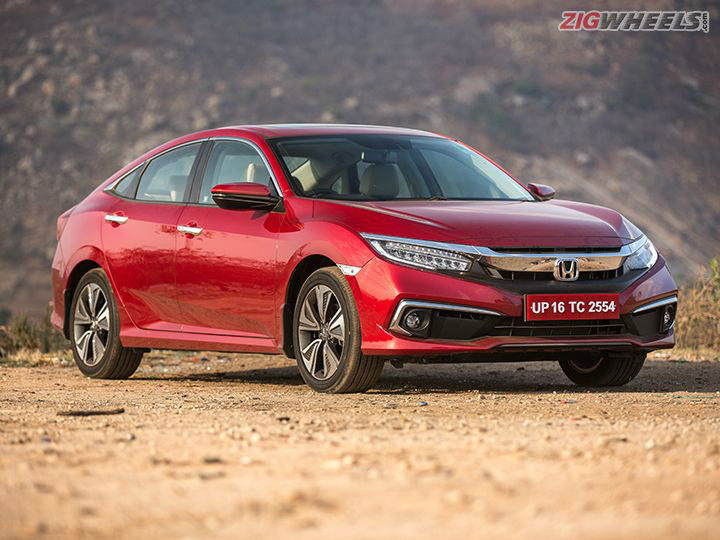 Honda has been hard at work preparing to introduce the next iteration of the Civic globally. We did get a glimpse with prototypes of the Type-R spotted testing. Unfortunately they were heavily camouflaged, with very little details to glance over. Since then, leaked patent images of the Civic have surfaced, which gives us a better clue on what to expect. Here’s more of them in detail:

While the patent images are of the hatchback, most of its design should carry over to the sedan version. The images reveal a longer and wider overall silhouette compared to its predecessor. It also has had plenty of revisions up front with the headlights less angular than before and a much narrower grille, which is similar to the Accord.  Expect similar changes for the sedan at the rear, since the front end has gotten an overhaul. Overall, the design is a bit cleaner than before.

Interior shots are yet to be revealed, but we expect a redesigned dashboard layout and a larger touchscreen infotainment system among other feature additions. Expect bits like digital driver’s display, dual-zone climate control, power-adjustable driver’s seat, and engine remote start to carry forward.

Under the hood, the current-gen India-spec Civic is powered by 1.8-litre petrol and 1.6-litre diesel engine options. The former puts out 141PS and 174Nm, whereas the latter delivers 120PS and 300Nm. Transmission options consist of a CVT automatic gearbox for the petrol engine and a 6-speed manual for the diesel engine. Technical specifications are yet to be revealed for the next-gen Civic but it will definitely be powered by Honda’s VTEC Turbo range of petrol engines. The India-spec model could finally get a turbo petrol with the new-gen model.

The next-gen Civic could make its global debut by 2021. Back home, the current-gen Civic could have a short lifespan since it's only over a year old.  We could get the next-gen treatment by 2022. It currently retails from Rs. 17.93 lakh to Rs 22.34 lakh (ex-showroom).

Honda’s next iteration of the Civic will have the Hyundai Elantra as well as the upcoming next-gen Skoda Octavia to compete with once launched in India.