… into a hot yellow Civic Type-R! 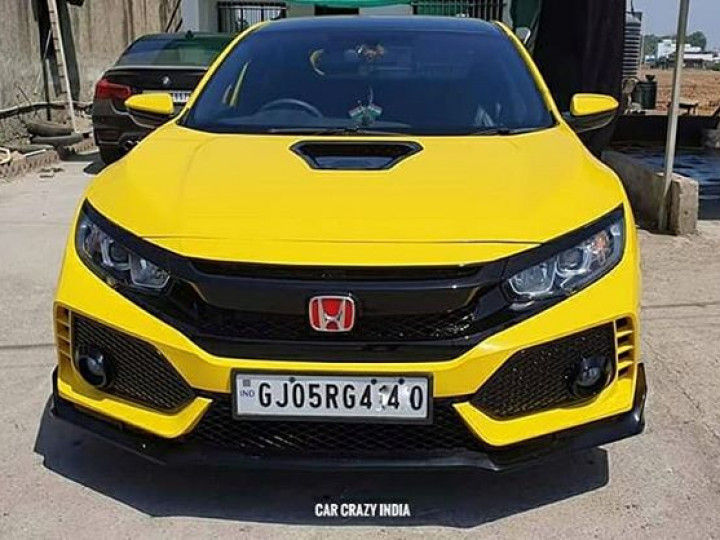 The Honda Civic, known for its mod-friendly nature, has always been the go-to sedan for those interested in a car that both drives well and looks the part. But, let’s be honest. The current-gen Civic doesn’t have that cult status or loyal fan following that its predecessor has even today. One such loyal enthusiast has gone the extra mile and customised his Civic to look like the Type-R variant. And boy, we are drooling.

So what’s changed? Well, almost everything. For starters, the bright yellow shade really suits the sedan and makes all the contrasting blacked-out elements stand out. Then there are the bumpers which look sporty with massive air dams and complement the overall design of the car. It also features the red Honda badges which are exclusively reserved for the Type-R variant.

It also sports exhaust outlets in the rear which mimic that of the actual Civic Type-R. Those with a keen eye will notice that these are faux exhausts that are just for show and don’t serve any purpose. And unlike this Russia-built drop-top Ford Focus which utilised genuine Ford parts, this Civic Type-R seems to utilise bits from a customisation store. Nevertheless, the execution seems neat and close to the original.

While the looks of this Civic are close to the actual car, its performance is likely to be similar to the India-specific model as it could be powered by either a 132PS 1.8-litre petrol engine or a 120PS 1.6-litre diesel motor. For reference, the current Honda Civic Type-R packs in a 2.0-litre turbo-petrol engine that develops a whopping 306PS and 400Nm of force. Power is directed to the front wheels via a 6-speed stick shifter.

That said, this customisation job shows that people are willing to go the extra mile for performance cars. Just like how VW did with the GTI, we hope Honda considers bringing in the Civic Type-R in limited numbers for enthusiasts in India.