Hero launched the new Duet scooter at Rs 48,400 (ex-showroom Bangalore). The Duet employs full metal body and has a claimed mileage figure of 63.8kmpl and will rival the likes of the Honda Activa 3G, TVS Jupiter, Yamaha Ray and Suzuki Lets 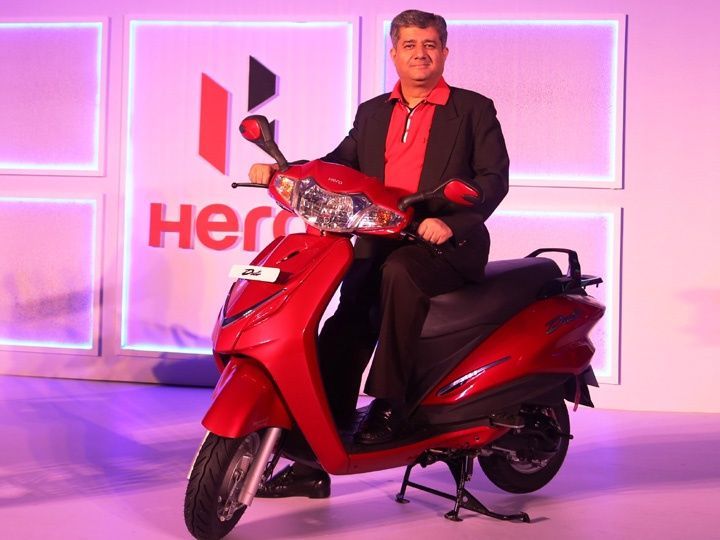 Hero MotoCorp Ltd expanded its scooter portfolio and launched the new Duet scooter in India. Hero had showcased the new Duet earlier this month and hinted at a festive season launch. The Hero Duet has been priced at Rs. 48,400 for the LX version and Rs. 49,900 for the VX version (both pricing are ex-showroom Bangalore). The Hero Duet is based on a new platform and comes with full metal body. The Hero Duet will be the second scooter to employ a non-Honda engine and will be powered by a indigenously developed 110-cc air-cooled, 4-stroke single cylinder OHC engine, producing a maximum power output of 8.5PS at 8,000 rpm and maximum torque of 8.3 Nm torque at 6,500 rpm. Hero claims that the Duet scooter has an overall mileage of 63.8kmpl which is among the highest for scooters on sale in India. Also Read: Hero Duet First Ride Review

Speaking at the launch, Pawan Munjal, Chairman, MD and CEO, Hero MotoCorp, said “We have now expanded our scooter portfolio with the launch of the new scooter Duet. The Duet and Maestro Edge scooters – the first of the products developed by our own in-house R&D team - mark a significant step in Hero’s journey. The Maestro Edge has already proved to be a blockbuster since its launch earlier this month. Now with Duet in the market, we are confident of further strengthening our presence in the scooter segment.”

Talking about features, the Hero Duet scooter gets equipped with semi-digital instrument console, mobile charging port, boot light, tubeless tyres and side stand indicator. The Duet also gets external fuel filler cap which is an useful addition. The new Hero scooter gets benefit of telescopic front forks and braking is done by drum brakes on both the ends with Integrated Braking System. The new Hero Duet will be available in the following shades of Candy Blazing Red, Pearl Silver White, Grace Grey, Matte Nature Green, Panther Black and Vernier Grey (Non-metallic).