A few expected entries and a few head scratching omissions, Google’s report of top trending cars this year has left us surprised yet again 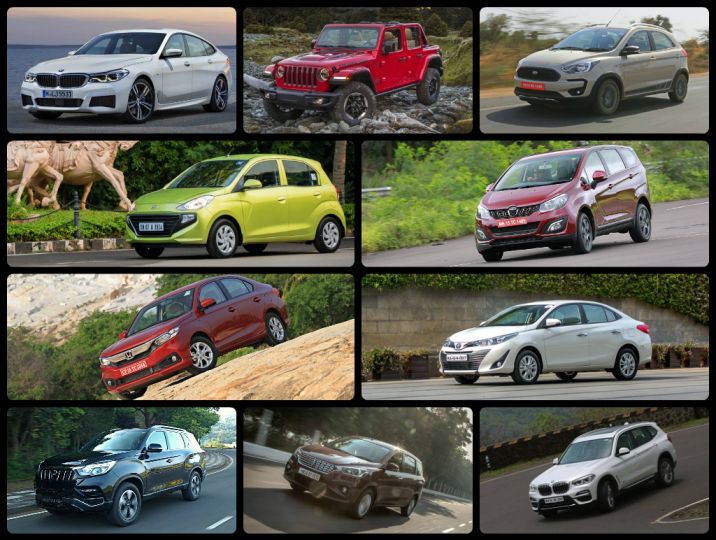 2018 has been quite an eventful year. It kicked off with the ever-so-hectic and promising 2018 Auto Expo followed by a string of launches throughout the year. From the humble yet iconic Hyundai Santro to the super uber luxury barge on wheels, the Rolls Royce Phantom priced at Rs 9.5 crore ex-showroom (yes, ex-showroom!) were launched in India. And like every year, in 2018 too we pulled our weight on Google (read begged) to provide us with a list of the top 10 searched/ trending cars of 2018. Now, we did expect cars like the Toyota Yaris, Mahindra Marazzo and the Hyundai Santro to make the list, but the order of popularity was, interesting. And then there is the Maruti Suzuki Swift, which was the number one searched car last year but didn’t even make it to the list this time around despite receiving a generation change. No wonder then we are getting bald spots from scratching our heads by now.

Here is Google’s list of the top trending cars of 2018, in reverse order.

Mahindra’s new flagship SUV clearly made quite a splash despite being one of the latest launches this year. The fact that it was showcased at the 2018 Auto Expo worked in its favour as that piqued public interest in the new Toyota Fortuner rival despite essentially being a rebadged Ssangyong Rexton.

There aren’t one but two BMWs on this list and coming in at number nine is the all-new X3. The previous X3 wasn’t as popular especially in the latter half of its life as it was ageing, wasn’t as well equipped as its competition and not to mention the lack of space inside. The new one, however, looks like a scaled down X5 and has a 50mm longer wheelbase than the old car. Not to mention the host of new tech features on the car like LED headlamps, an all digital instrument cluster and a display key fob were bound to create interest. Plus the fact that it was a massive step up from the old car was instrumental in its appeal.

Launched at the 2018 Auto Expo, the 6-series GT was initially launched with a petrol variant only. Priced at Rs 61.8 lakh, it wasn’t exactly affordable but the launch of the diesel variants in the second half of 2018 might have helped the BMW garner some interest from the more affluent buyers.

The last Wrangler Unlimited to arrive in India was the Unlimited petrol launched last year with a starting price of Rs 56 lakh. So it was quite a surprise to see the Wrangler on the list for 2018 since the new gen Wrangler is yet to arrive in India and no new improvements have been made to the current model. But then again, that’s the amount of respect and interest the brand commands in India. Plus, test vehicles being constantly spied could have further fueled interest among people.

Honestly, we thought this would have ranked higher. It was clearly one of the most anticipated launches of the year and we expected our website to crash when the Ertiga was officially launched. And we were left scratching our heads when the hype plummeted as fast as it had risen. The lack of a more powerful diesel engine might have caused the interest to fizzle out a bit. But yet, to be the sixth most searched car of the year speaks volumes for the reputation of the Ertiga.

Possibly the quirkiest Ford after the original Figo which was launched over eight years ago, the Freestyle is also the first hatch crossover from Ford. Plus, the debut of the 1.2-litre 3-cylinder engine and the rave reviews that it garnered, helped the new Ford to make it to the list but was a surprise nonetheless.

The Santro has been a hit on the Internet; though, not quite as much with critics. While Hyundai played the sentimental card well by re-introducing an iconic nameplate, the new Santro isn’t as revolutionary as the original was. Yes, it is a very well packaged car and offers decent equipment but isn’t unique like the old one was. Plus, with a bare base version and a rather hefty asking price, the Santro may not be the car you would buy in a heartbeat anymore. Matching up to the original was always going to be a tight line to walk but being the 4th most searched car of 2018 means the Santro’s still got takers.

The Toyota Yaris was launched in India in April and quickly became the embodiment of a no nonsense car that delivers on all it promises. The fact that it is offered with 6 airbags, projector headlamps and parking sensors, front and rear as standard helped pique the public’s interest. Plus a CVT option with every variant only added to it. It might not have done the numbers yet, but the ones who bought it, swear by it.

The most un-Mahindra like Mahindra comes in at number 2. It rides better than even the Toyota Innova, thanks to its double wishbone setup up front and has a cabin as comfortable. All that combined with its affordability, has helped the Marazzo set a new benchmark in what Mahindra is really capable of. And the numbers speak for themselves.

This at least was not a surprise. Honda’s complete overhaul of the Honda Amaze worked. The Indian customer clearly took quite a liking to the new butch avatar of the Amaze. Revealed at the 2018 Auto Expo and launched shortly after, Honda kept the market interested in its new sub 4-metre sedan. Plus, it being the first diesel to be offered with a CVT gearbox greatly worked in its favour.