Can Hyundai’s Santro win over Indians looking for a family car once again? More importantly, how does the all-new Santro plan to do that? We find out on our first drive 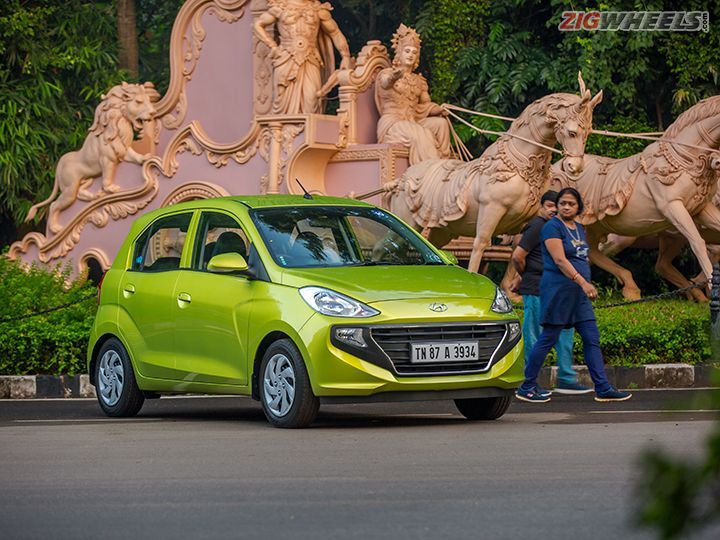 The original tallboy is back! The sunshine car is back! The legend is back! The Shahrukh-waali gaadi is back! There are so many ways to say that Hyundai’s Santro is back! Packed with practicality, technology and incredible dependability, this Hyundai formed a rock solid bond with many first time car buyers in India. Back in 1998, tech like fuel-injection, fog lamps, all-round power windows and, of course, the tallboy design were very groundbreaking for a budget car. In 2014, this trendsetter went out of production, but in 2018, it is back in an all-new guise. More, and better, competition will make it much more difficult for the new Santro to make the families of today sit up and take notice, and then impress them. Can Hyundai crack the formula again? If so, how? We find out on our first drive.

Let’s clear up two things. First, the new Santro looks good in the flesh. In pictures, the design tends to look too busy - at the front it looks like a mashup of the discontinued i10 and the Grand i10. One of the distinctive bits about the Santro when viewed from the side is the window line that dips down at the rear doors to increase the sense of space for passengers. You will also notice the “boomerang” lines over the wheel arches that give it a bit of character. And the Santro buffs will spot some inspiration of the original in the door handles and the B-pillar. The rear looks a bit timid, but neat. Surprisingly, the bold front, the stylised sides and the rear come together quite well and we'd suggest you don’t form an opinion until you see it in person, which brings us to the next point.

But there are areas where the Santro feels like a step down. For instance, it misses out on any of the swag offered by LED elements in the headlamps. Also, alloy wheels aren't offered on any of the variants.

Feels good on the inside?

Tasteful is one way to describe how it feels! The textures for the plastics, the quality of materials used on the dashboard, the way all the switches click, the slightly rubberised finish of the switches under the 7.0-inch infotainment system and the colour inlays that surround the air-con vents, gear lever and infotainment system are all top notch. The bombastic Diana Green Santro you see here is equally colourful on the inside with matching inlays and seatbelts! Even the seats get contrast stitching and some splashes of green to spice things up. These elements stand out all that much as the cabin gets an all-black treatment here, instead of the normal dual-tone with champagne coloured inlays. This is definitely a pick for those looking for a bold and exciting vehicle! Even the stock fabric and faux leather combo for the well bolstered front seats is tasteful.

The cabin design, like the Verna, is simple and mature. But, there are some flourishes too, like the propeller design for the aircon vents and the power window switches that float just behind the gear lever. Speaking of which, the gear lever itself looks gorgeous on the automatic. Practical storage touches include a nifty tray on the passenger side of the dash for your mobile and a cubby above the gear lever.

There is enough room for a family of four with plenty of kneeroom and headroom for adults in the front seats. However, the Santro misses out on seat height adjustment and tilt steering entirely. On the upside, drivers of average height or less won't have reasons to complain as the seat base is set quite high. However, taller drivers will find themselves a bit cramped and awkward.

Rear occupants will miss the high-set seating position of the old Santro, though, as the rear seat is a bit low set. However, it offers decent support for adults and the kinked windowline does open up the sense of space. A big miss here are adjustable headrests!

Okay what does it pack and miss?

On the safety front, Hyundai is offering ABS and a driver airbag as standard. It is a shame that the passenger side airbag is only available in the top-end Asta variant. Pretensioner-equipped seatbelts are also limited to this variant. The Hyundai Santro with dual airbags has scored two stars in the Global NCAP crash test, under the #SaferCarsForIndia initiative. The absence of seat height and tilt-steering adjustment and adjustable headrests for the rear bench are annoying misses too. Smaller details like the inability to close the air-con vents and the lack of an opening mechanism on the boot also trip you up a bit.

Creature comforts include rear aircon vents, a 7.0-inch touchscreen with Android Auto and Apple CarPlay connectivity from the Sportz variant onward. The Asta also gets a reversing camera, reverse parking sensors and rear washer and wiper.

We've mentioned the lack of alloy wheels, LED DRLs on the outside and when we club it with the other missing features, it seems that Hyundai has done so to keep the Santro at a safe distance from the Grand i10. For instance, the base D-Lite variant which is one lakh cheaper than the Grand i10, misses out on many basics including an air-con, which is available in the larger Grand.

Remember the 1.1-litre petrol from the old Santro? Well, it’s back! The Epsilon makes 69PS of power and uses a 5-speed gearbox. Turn on the ignition and the four-cylinder engine settles down into a smooth idle. While it isn't as quiet as Hyundai's Kappa engines, it is better than the competition.

The Santro's light clutch and sweet-shifting gearbox make the commute easy. The engine is calm while commuting or while cruising in the city, but if you want a change of pace, you would need to work the gearbox. Unlike most city-focused commuters, the Santro doesn't feel extra torquey at low revs, offering a clean pull through the rev range instead. The tall gear ratios are responsible for this calm and easy going nature - the Santro is capable of doing an indicated 50kmph in 1st!

On the upside, it feels relaxed at 80kmph and capable of covering long distances without feeling tiring. Hyundai claims a fuel efficiency of just over 20kmpl for both the manual and automatic variants.

Yes, the Santro is also being offered with an AMT transmission that has been developed in-house at Hyundai. This AMT feels smooth and quick to use and will be a great option for urban dwellers.

Not at all! You'd be surprised at the way the Santro rides! This little car feels a lot more grown up and composed than its size would suggest. Potholes and bumps don't toss you or the Santro around. The 165/70 R14 tyres are fairly grippy and you can sense how much grip you have as you chuck it through corners. Credit for this also goes to the steering, which is meaty at highway speeds and light for commuting duties. The front disc brakes offer strong bite and are easy to modulate too. So, you can expect to take this small Hyundai for long-weekend journeys.

Yes, the Santro has changed. The tallboy is more sophisticated now, packing in more appeal on the outside and inside. The richness of the cabin is complemented by its practicality. While it won’t rival the Maruti Suzuki WagonR for the stadium-style seating feel, there is enough sense of space to keep occupants satisfied even on longer journeys. While the engine isn’t peppy, it will handle whatever you throw its way, with the AMT making it even easier to live with in the urban jungle.

While the Santro packs in a fair amount of features, Hyundai has made many cutbacks. The lack of tilt-adjust for the steering, lack of seat height adjustment for the driver's seat and the absence of a passenger side airbag on all except the top-end Asta variant are very disappointing. While this helps keep the Santro at a safe distance from the Grand i10, it also dulls some of its appeal. As a result, for a small family, the new Santro will surely be an appealing and practical option, albeit a pricey one. 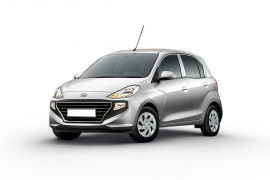