The pre-facelift Mustang has been sold out in the country 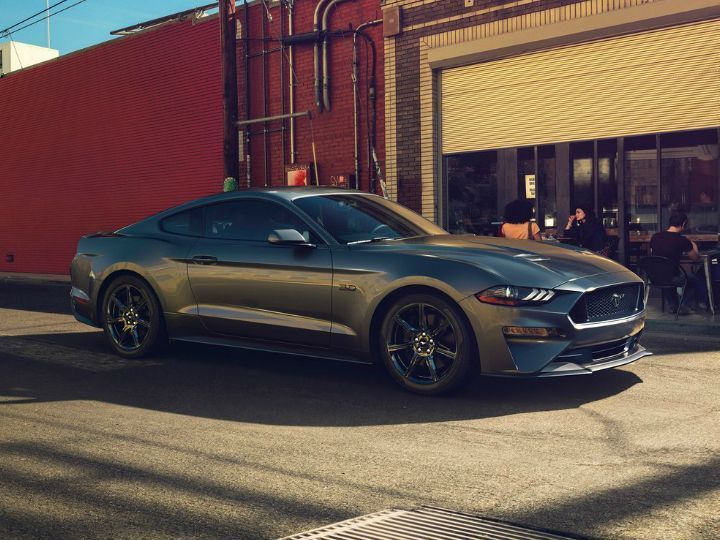 The iconic Ford Mustang, one of America’s popular muscle cars, has been quite successful in India. It has found 450 homes in the Indian market since its introduction in July 2016. The main reason for its success is that it’s the most affordable V8 powered car one could buy in the country. While it's off the shelves now, Ford India has stated to ZigWheels that the facelifted version is coming to India real soon.

Yes, the facelifted Mustang does look similar to the outgoing version. But there are plenty of differentiating factors. For starters, the front bumper is new and features a more pronounced chin. Then there’s the muscular hood which features two protruding air intakes. Topping up the design are the redesigned LED headlamps and tail lamps. Overall, it still retains its identity as a Mustang and we like it.

Inside, the updated Mustang now gets a new digital instrument display that still reads speed as Ground Speed. Sweet! It also comes with an updated infotainment system that now features Apple CarPlay and Android Auto. But regardless of the features on offer, we are interested in what powers this beast.

Yes, the international-spec Mustang is offered with a 2.3-litre Ecoboost powertrain option. But the India-spec model should retain the brute 5.0-litre V8 Coyote engine, one of the main reasons for its success in India. It has received a massage and now puts out 450PS (up from 401PS) of sheer American grunt.

Yes, it’s still rear wheel drive and you still have the line lock feature, where you can spin those rear tyres to glory. But unlike before, power is now transferred to the road via Ford’s new 10-speed automatic transmission. We hope Ford offers the Mustang with a stick shifter in India to satisfy enthusiasts.

Ford is likely to add more models this time around, maybe the convertible version. Expect the facelifted Mustang to reach our shores by early 2021. Prices could start from Rs 75 lakh (ex-showroom).