Here’s Your First Glimpse Of The Facelifted Hyundai Creta 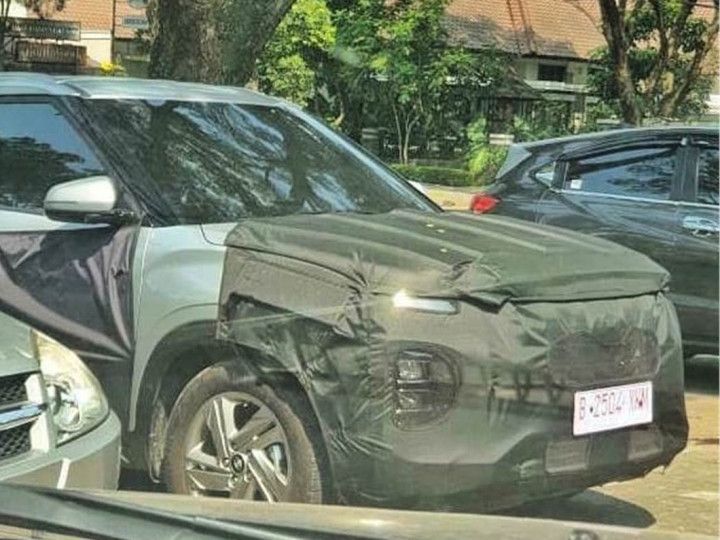 It’s been just over a year since Hyundai launched the Creta in India, but the Korean carmaker has already begun work on the facelifted model, which could be launched in China first since it debuted there globally in 2019.

The Creta, also known as iX25 in China, will retain the split-LED headlamps on the front end, but the main beams will be placed in deep recesses, like the Palisade. The grille, rear tail lamps, and bumpers, though hidden under wraps, are likely to be redesigned for a fresh look. That said, no changes have been made to the side profile. Overall, Hyundai could use this opportunity to tone down the Creta’s polarising design.

We can’t comment on the interior just yet, but it’s likely to get additional features, such as a heads-up display and a 360-degree camera. The China-spec model also gets a Tesla-esque portrait-oriented touchscreen infotainment system, spanning the entire length of the central console.

Under the hood, the facelifted Creta should remain mechanically identical to the current model. The India-spec model is offered with a 140PS 1.4-litre turbo-petrol engine and 115PS 1.5-litre petrol and diesel units. Hyundai may just use this opportunity to introduce the 6-speed clutchless manual (iMT) with the 1.5-litre petrol engine. Here are the powertrain specifications:

Since the Creta is just a year old in India, we expect the facelifted model to come in by late-2022 or early-2023. It will rekindle its rivalry with the Kia Seltos, Tata Harrier, Skoda Kushaq, and the Volkswagen Taigun.