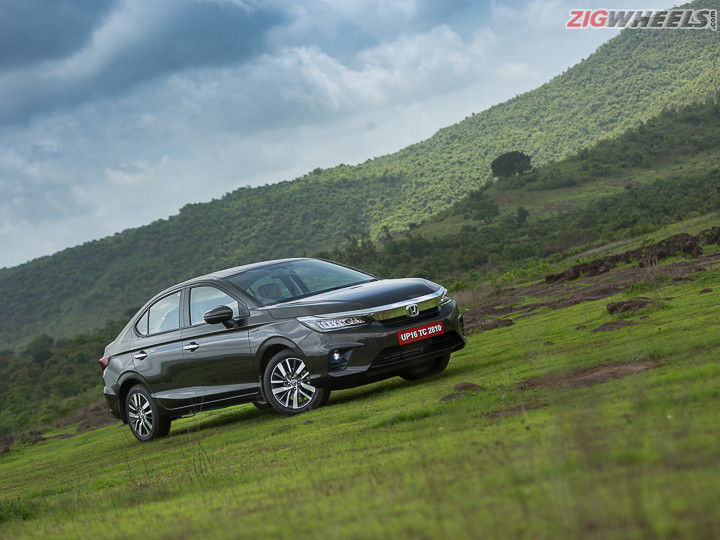 Honda has revealed the launch date for its upcoming sedan. Having revealed the car last month, the carmaker will launch the all-new fifth-generation Honda City on July 15. Pre-bookings for the sedan are underway for a token amount of Rs Rs 5,000 if you decide to book online, or Rs 21,000 if you decide to visit a dealership. The 2020 Honda City will be offered in three variants -- V, VX and ZX.

An important point to note here is that the fifth-generation Honda City will not replace the older fourth-generation sedan in the country, at least for now. Both sedans will continue to sell side-by-side for some time to come. And given that the new City is not a revolutionary leap ahead of the previous model, we can expect a decent number of buyers to pick the older model considering the monetary benefits extended by Honda. The current generation City is a petrol-only model with prices ranging from Rs 9.91 lakh to Rs 14.31 lakh (ex-showroom).

The 2020 City gets an identical wheelbase as the older gen car, but the overall dimensions are longer and wider. This is thanks to an updated platform underpinning the sedan. In terms of the exteriors, you will spot a familiar design but with refreshed elements like the sleek nine-unit LED headlamps, a fat chrome grille, new 16-inch alloy wheels and new LED wraparound tail lamps.

Interiors have been given a complete refresh. It gets a new dashboard with a minimalistic layout. Taking centre stage is a new 8-inch touchscreen infotainment system and a new climate controls layout which uses traditional knobs unlike its predecessor, which comes with touch-based controls. To be up-to-date with the market in terms of features, the City will come with connected car tech, Honda LaneWatch, semi-digital instrument cluster, Alexa compatibility, and tyre pressure monitor.

In terms of engines, the 1.5-litre petrol and diesel units have been retained. Now BS6-compliant, the 1.5-litre petrol produces 121PS/145Nm, 2PS more than before. It now gets a new 6-speed manual and an optional CVT. The 1.5-litre diesel engine puts out the same 100PS/200Nm. The diesel can only be had with a 6-speed manual transmission. Claimed fuel efficiency for the petrol manual is 17.8kmpl and for the CVT model is 18.4kmpl. The diesel variant has a claimed efficiency of 24.1kmpl.

The new Honda City will continue to rival the Maruti Ciaz, Hyundai Verna, Toyota Yaris, Volkswagen Vento and the Skoda Rapid. Though given that is the most expensive sedan in the segment right now, the 2020 City will only push the envelope further.