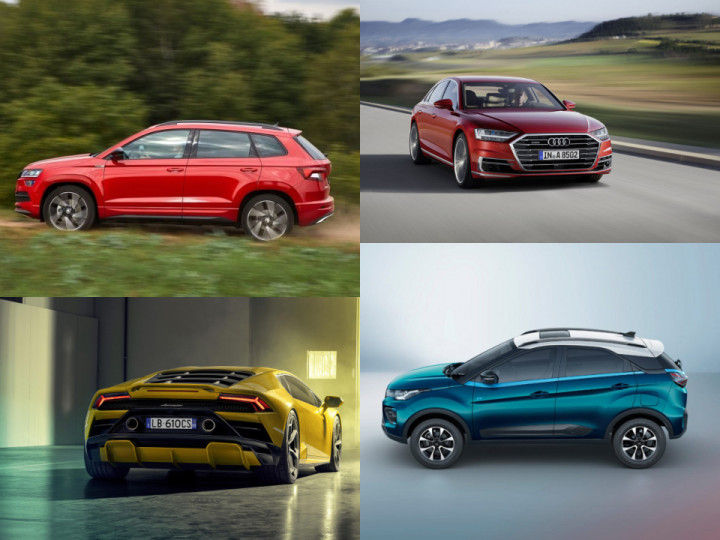 The Auto Expo is a platform for carmakers to showcase new and upcoming models in the country. But barely into the year, several manufacturers are already launching cars. 2020 is the year of BS6 and electric vehicles (EVs). As carmakers schedule and space out their new cars in India, we’ve compiled a handy guide to all the pre-expo launches:

We first saw the Grand i10 Nios-based sedan on December 19, 2019. Although we only saw the exterior of the new car at the reveal, Hyundai has given us a peek into the cabin. The Aura offers a more premium package than its predecessor and stablemate, the Xcent.

The Altroz hatchback has a pleasing aesthetic and a 5-star safety rating from Global NCAP. Armed with its BS6 diesel and petrol engines, the Altroz will take on the Hyundai i20 and Maruti Suzuki Baleno. The large hatchback could also share the stage with the Tiago hatch and Tigor compact sedan on January 22. Tata has just given the Tiago and Tigor twins a facelift and some new features such as a larger touchscreen infotainment system.

The facelifted Nexon could possibly be introduced on the same day as the launch of the Altroz. Although the platform remains the same, the Nexon looks different from its predecessor, especially in the front. New features will include an electric sunroof, cruise control, a semi-digital instrument cluster, automatic headlamps, and automatic windshield wipers.

The ZS EV will become the third electric car to be available in India for private car buyers. Morris Garages will stop taking bookings for the SUV on January 17. This batch-wise booking process is likely to ensure timely deliveries of the all-new EV. Can the larger MG go head-to-head with the Hyundai Kona? We can’t wait to find out.

The mighty 2020 GLE SUV will be launched this month! It comes with three BS6 powertrains: two diesels and one 367PS petrol. The SUV’s highlights include rounder exteriors, redesigned interiors, and the Mercedes-Benz User Experience (MBUX) infotainment system.

The Nexon EV comes at the heels of its internal combustion sibling. Tata built it using Ziptron technology. The Nexon EV’s 300km range and 245Nm motor should help it compete with the pricier Kona and MG ZS EV.

Lamborghini unveiled its rear-wheel-drive Huracan EVO earlier this month. The V10 supercar is slightly down on power over its AWD sibling. The rear-drive configuration makes it 33kg lighter. This supercar has the makings of a true Lamborghini!

The LC 500h is no supercar. It is a grand tourer. Its powerful 300PS V6 engine is coupled with a hybrid system and a complicated 10-speed CVT-torque converter gearbox. An Indian GT car must be fuel-efficient. In this regard, the LC 500h has no equals.

It has been several years since we saw a brand new Skoda or Volkswagen. But the India 2.0 plan brings new focus to our market, and just in time, too. Two new SUVs with BS6 petrol engines will join the existing lineup.

The Audi Q8’s reign as Audi India’s flagship will be short-lived because the A8 sedan is back after a hiatus. The BS6 V6 and mild-hybrid powertrain will be the highlights of this gadget-filled luxury sedan. The BMW 760Li may be (a lot) more powerful, but the A8 is the only car in the world with Level 3 autonomy.

India is about to get its first electric super sedan! The Taycan has already proved its mettle on the Nurburgring. Even if we don’t get the Turbo S model, the Taycan 4S will do just fine. This will easily be one of the best-looking cars on our streets.