This Lexus performance car has two gearboxes and yields 15kmpl 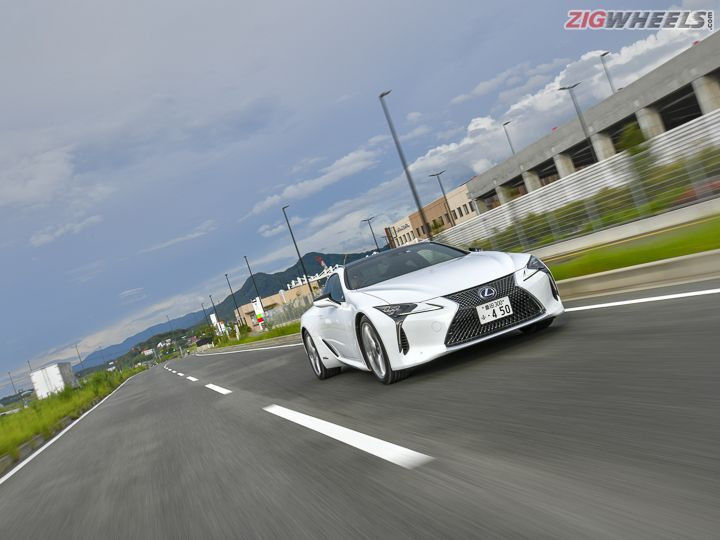 Lexus India has announced that it will launch the LC 500 sports coupe in India on January 31, 2020. Although it is sold with a V8 and V6 abroad, we expect the LC 500h hybrid model to come to India. It is likely to be priced around Rs 1.8 crore to Rs 2 crore. Once launched, it will rival sports cars such as the Jaguar F-Pace and BMW Z4. You can read our first drive review here.

The LC 500h hides an efficient powertrain under its bonnet. Its 3.5-litre Atkinson cycle V6 makes 299PS of power. Two electric motors can provide up to 177PS for a combined output of 359PS and 348Nm of torque. The hybrid system is paired with a 10-speed gearbox. It combines a 3-step CVT with a 4-speed torque converter. This complicated setup sends all of the drivetrain’s power to the rear wheels.

Lexus has given the LC500h an aesthetic reminiscent of the LFA. But the LC exploits its front-engine, rear-wheel design with a longer bonnet, a more LS sedan-like front fascia, and a rounded design. Up front, it features sharp headlamps, a gigantic grille and teardrop-shaped accents under its headlamps. At the rear, a sharply raked roofline meets the short stubby boot. This is effectively a two-seater.

Its luxury sedan theme continues on the inside too. Alcantara lines the doors while the dashboard is trimmed in stitched leather. Lexus hasn’t pitched this as a brutal sports car but a luxury cruiser. A large infotainment touchscreen is tucked underneath the top louvre, which runs the width of the dashboard. Narrow air vents and HVAC controls free up a cubby space in the centre console.

You can’t tell, but the LC 500h sits on the same platform as the LS sedan. It is built using aluminium, steel and carbon fibre in key places. Yet, it weighs 2,000kg owing to the heavy powertrain. This will be the only Lexus performance car on sale in the country. Sports cars are rare in India and are often expensive. But the LC 500h isn’t built for track use, as is evident from its 0-100kmph time of 4.7 seconds. It is a comfortable luxury coupe -- a grand tourer. We can’t wait to have a go at it again.