Yay! The RWD Lamborghini Huracan Evo Is Coming To India On January 29

If you prefer going sideways rather than setting lap times, this is the supercar for you 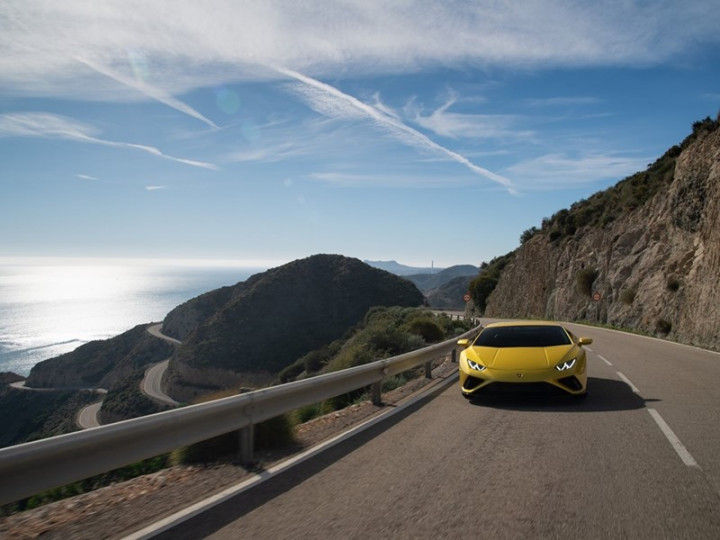 Lamborghini has announced that it will preview the rear-wheel-drive Huracan Evo supercar in India on January 29. The latest iteration of the baby Lambo was unveiled internationally earlier this month. While the Huracan has always been a track scorcher, this car could bring fun back into Lamborghinis.

The Huracan EVO RWD comes with the same engine as before, the iconic 5.2-litre V10. It has been detuned, but it still makes 610PS and 560Nm. Its 30PS/40Nm disadvantage shows up in the 0-100kmph sprint, which takes 0.4 seconds longer. This is likely due to the AWD being better at putting the power down to the road when setting off.

By excluding an all-wheel-drive system, Lamborghini has shaved 33kg off the weight. All of this is likely to make the Huracan Evo RWD a more nimble car on the track. It has the hardware to be as lively as a Lamborghini is supposed to be. If this Lambo turns out to be temperamental, it will be love at first drive.

Electronic trickery is likely to keep the Huracan tame enough to not be widowmaker. It has Performance Traction Control (P-TCS), which allows for some slip. All we can think about are the sweet drifts this car can do.

We reckon the Lamborghini Huracan EVO RWD will be brilliant at setting lap times, too. The lower weight combined with on-throttle oversteer could make this car a lot of fun in the corners.

The most fun-to-drive Lamborghini could be the least pricey. While the AWD Huracan Evo costs Rs 3.73 crore, this could be priced lower, at around Rs 2.91 crore. The Spyder convertible model is the priciest in the range at Rs 4.10 crore.