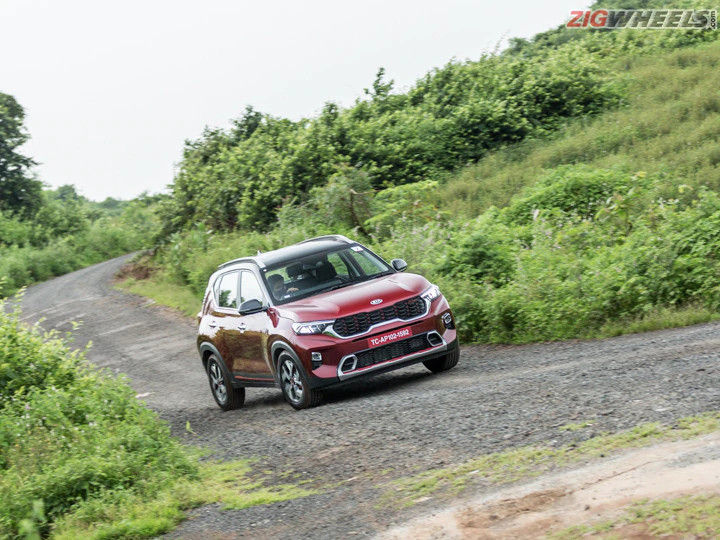 The Kia Sonet has made its debut in India and that too at an attractive price tag. It has everything up its sleeve and will surely woo you with its lengthy feature list, design and a wide range of variants and powertrain options. But before booking your Sonet, we suggest you to have a look these eight models which are equally impressive in their own regard:

Let’s say you want something that’s similar to the Sonet, but without a flashy design. The Hyundai Venue could be the perfect choice for you. Both models utilise the same underpinnings and engine options. Sure, the Sonet tries to edge the Venue by offering a segment first six-speed torque converter automatic for its diesel motor and packing in premium features. But, the Venue fights it back by offering a ‘proper’ 6-speed manual gearbox for its Turbo variants.

Tata Nexon - Only SUV That Offers Petrol, Diesel and Electric Options In India

The facelifted Nexon is the only SUV in the segment to feature petrol, diesel and electric powertrains. The Nexon EV, which has an ARAI-claimed range of 312km, is the best selling electric car in the country. Moreover, the facelifted Nexon comes equipped with gizmos like sunroof, cruise control, and connected car tech, making it good bang for your buck. And if safety is one your top priorities, the Tata Nexon should be on the top of your priority list. It was the first Made-in-India model to score a full five stars at the Global NCAP test.

If you’re going to be spending most of your time behind the wheel, the EcoSport is the sub-4 metre SUV to go for. The EcoSport, with its tight handling, ensures that it’s one of the most fun-to-drive SUVs in the segment. You’ll also be happy to know that the steering bristles with feedback and the EcoSport is keen to turn into corners. And the final on the package are the engines, which have just the right amount of punch to keep you grinning.

If you want an SUV with no frills and peace-of-mind, we suggest you wait for the Toyota Urban Cruiser, a SUV that’s based on the no-nonsense, value packed Vitara Brezza. But what sets the Urban Cruiser apart from the Brezza is Toyota’s famed after sales service. Toyota also offers the Urban Cruiser with a much superior 3 year/1,00,000km warranty,  which is much better than the Brezza’s 2 year/40,000km package. Clearly, the Urban Cruiser should score high on the ‘peace of mind’ factor.

Mahindra XUV300 - The Safest SUV In Its Segment

The XUV300 is one of the pricier SUVs in its segment. But it justifies that with premium features such as dual-zone climate control, front parking sensors, and up to seven airbags! It’s also the safest SUV and scored the highest in the global NCAP test of any made-in-India car yet. Moreover, both the petrol and diesel engines are also one of the most powerful engines here and a new 130PS petrol is expected to hit the market soon!

Hyundai Creta / Kia Seltos - From A Segment Above

The lower-spec variants of both these models interject with the Sonet’s top-spec model. Sure, you’ll be sacrificing on some niceties, but if you’re willing to take the plunge, these two SUVs are a no brainer. They’re also much more spacious for five occupants and also come with the advantage of a bigger boot for that weekend trip. Moreover, both these SUVs come from a segment above and you have the bragging rights to state that loud as well.

If you don’t mind picking up an old model, we suggest you have a look at the Renault Duster. The Duster’s main USP is its SUV-like charm with a bold design and a big car like mature ride quality. Sure, it doesn’t have any of the Sonet’s wow features. But the Duster features a powerful 156PS 1.3-litre turbo-petrol engine that has been launched at an incredible price. It also has one thing the Sonet doesn’t have - CHARACTER!